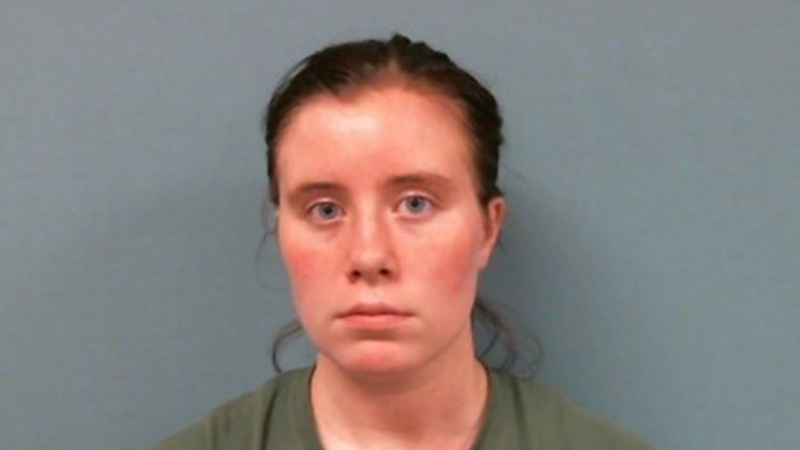 The Troup County Sheriff’s Office arrested a 19-year-old woman Thursday for the murder of the deceased newborn that was found inside a cooler on the side of Boy Scout Road on Jan. 6, 2019. After finding the genetic match, investigators arrested Caroline Riley Propes, of Newnan and charged her with murder in the second-degree.

“She told us that she had the baby at home, in the bathtub,” Sheriff James Woodruff said. “She panicked and put the baby in the cooler, to bring it down there in hopes that somebody would see the cooler, stop, pick it up and take it home with them.”

Woodruff said that Propes put the baby in the cooler to keep her warm, but due to the cooler being airtight the baby eventually suffocated.

“It was too late when someone found it,” Woodruff said.

Earlier this year, DNA samples of the newborn female were sent to DNA Solutions, a private DNA analysis laboratory in hopes that the baby’s relatives could be located. When the analysis was complete, the results were sent to Innovative Forensic DNA for investigative genetic genealogy research. The genetic genealogy research led to Propes being identified as the biological mother of the baby.

According to TCSO, Propes would have been 17 years old when she had the child.

“I was pleased that now this baby can have some closure,” Woodruff said. “We had talked about offering some people here in LaGrange to bury the baby back when we didn’t know who the parents were, and the crime lab would not release it to us. It had to be released to the next of kin. One thing I’m proud of is now that baby will be afforded a proper burial.”

Woodruff said that no one else will be charged in this case.

“I can’t say enough about my investigators how hard they worked on this case and never gave up on it,” Woodruff said. “It was a team effort and they really worked as hard as they could on it.”

He also noted that Propes was living with her parents at the time but had the pregnancy and birth in secret.

“I don’t think it was long at all between the time she had her baby and left it in the cooler,” Woodruff said.

Woodruff thanked everyone involved in solving the case.

“From the moment this case was opened, I and my team of investigators were determined to bring this case to a conclusion,” Woodruff said. “I cannot thank them enough for their determination to close a case that touched many people and were it not for the work of DNA Solutions and Innovative Forensic DNA, LLC, this case may not have been solved. We greatly appreciate their assistance.”