Children in Troup County go on a ‘Bear Hunt’ 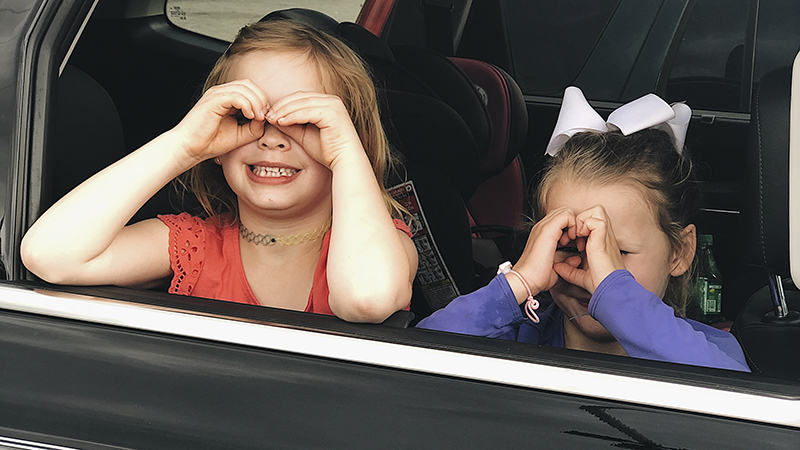 After reading stories around the country, Judy Wilkinson figured out a way to bring some joy to the community. She jumped on Facebook and posted to the West Point Happenings page to start the trend known as “Going on a Bear Hunt.”

The bear hunt started in West Point on March 26 and has spread throughout the community. Different businesses have placed stuffed animals in windows and door frames, while families placed stuffed animals in their windows, on porches and around their yards to join in the fun. During this time when everyone is staying inside as much as possible, the bear hunt allows families with small children to either walk around and “hunt” bears or do so from their vehicle.

“West Pointers are great,” Wilkinson said. “These are just the best people. They just took it and ran with it.”

Animals are all shapes and sizes, ranging from a variety of colors as well. Some have added little props like books.

In the window of West Point Shoe Outlet, owner Tom Oswalt joined the fun by putting a small stuffed bear in the window of the store. It had on a pair of boots to customize it for his store.

“I just thought it was a cute thing and when my children were younger I would have done it with them,” Oswalt said. “We’ve seen some people looking in through the window during the evening, and some kids looking and smiling.”

According to Wilkinson, most streets in West Point have a bear poking its head out somewhere.

“You can be safe and ride your bikes here. I love it. I just think it’s so cute,” Wilkinson said.

The bear hunt has spread from West Point and moved into LaGrange, as families and businesses have joined in the hunt