LaGrange woman may have gotten COVID-19 on plane, now wants all-clear from doctors before leaving quarantine 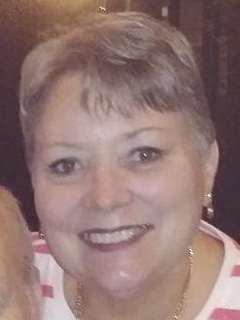 When 62-year-old Robin Colbert went to WellStar West Georgia Medical Center with a fever, the coronavirus was the last thing she thought it could be.

According to Colbert’s discharge paperwork, she entered the hospital Saturday night on March 14, with a high fever, cough, congestion and a cold.

She then positive for COVID-19 and pneumonia.

“We had been in Costa Rica and had to be on five different airplanes coming back,” Colbert said. “The incubation period is about one to 14 days, so the doctors think I came in contact with it on the plane around March 8.”

“I started not feeling good that week,” Colbert said. “I felt like I was getting a cold. I said to my husband, ‘I am getting pneumonia.’”

That Saturday, Colbert said she laid down for a nap and woke up with a 104-degree fever and went to the emergency room at WellStar West Georgia Medical Center.

“I had not even imagined it could have been COVID-19,” Colbert said. “It was Monday, March 16 when I got my results. They treated me for sepsis and pneumonia, and then got me to a point where I was breathing on my own and could send me home.”

Colbert said she has been in her home ever since, wearing a mask and gloves and practicing safe distances from her husband.

“They cautioned me not to read a bunch of stuff about it, unless it was from the CDC or Department of Health,” Colbert said. “I came home I did everything that I was supposed to do. My husband was tested, and he tested negative.”

Colbert is now past the 14-day mark and said she is not feeling anymore symptoms of the virus.

“I’m done with my medications and have been feeling a lot better,” Colbert said. “Now, I am thinking, ‘now what?’ I will say, WellStar has been exceptional with their care and their follow up.”

Colbert said she has faced the stress of calling around to multiple entities to try and find out what she is supposed to do after quarantine.

“I called the Department of Public Health here in Troup County, over and over,” Colbert said. “Unfortunately, I never got an answer.”

Dr. Kenneth Horlander, medical director for West Georgia Health’s intensive care, couldn’t comment on any specific case, but said patients are cleared after they show no symptoms for three days.

“That also means using no medications, like Advil or anything,” Horlander said. “After that, they go to what everyone else is supposed to be doing with social distancing and such. Up until that [point], they are supposed to be completely quarantined.”

Colbert said in her discharge paperwork, she is supposed to go to her primary care physician following her two-week quarantine.

“I just want to do the right thing and to make sure that I’m not going to infect anyone,” Colbert said. “I’m scared. We are military, so we have to go to Columbus for our primary care [at the Veterans Affairs hospital]. I made an appointment there, and I told them when I was making the appointment that I had been tested positive and that I was following my instructions, by making an appointment.”

Colbert said two days before her appointment they canceled it and refused to see her.

“I’m okay with someone telling me they don’t know what I should do because they’re still trying to figure this all out,” Colbert said. “But at least that would be an answer.”