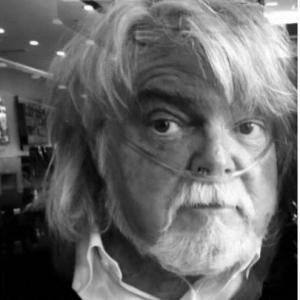 He grew up in LaGrange, and was a graduate of The University of Georgia, where he was a member of Sigma Pi Fraternity. After college, Larry served in the U.S. Army on the DMZ in Korea.

Larry’s earliest career was as an award-winning textile designer for Callaway/Milliken Mills. Later, he worked for Delta Airlines in New York and Atlanta. His favorite career, however, was being a dad, and he embraced it with the full force of his loving and creative personality.

He was preceded in death by his parents, Lawrence and Gertrude Keeble. Survivors include: beloved daughter, Morgan Keeble; soul mate, Sandra Keeble; sister, Janice Petsch of Augusta; and nephews, Todd and Chad McCrickard of Augusta.

Larry possessed a combination of unique gifts, including quick humor, ready laughter, and a deep well of true artistic talent. He will be missed by his many friends, young and old, who treasured his generosity and compassionate friendship.

A celebration of Larry’s life will be held at a later date.