Offering help to cope with COVID-19 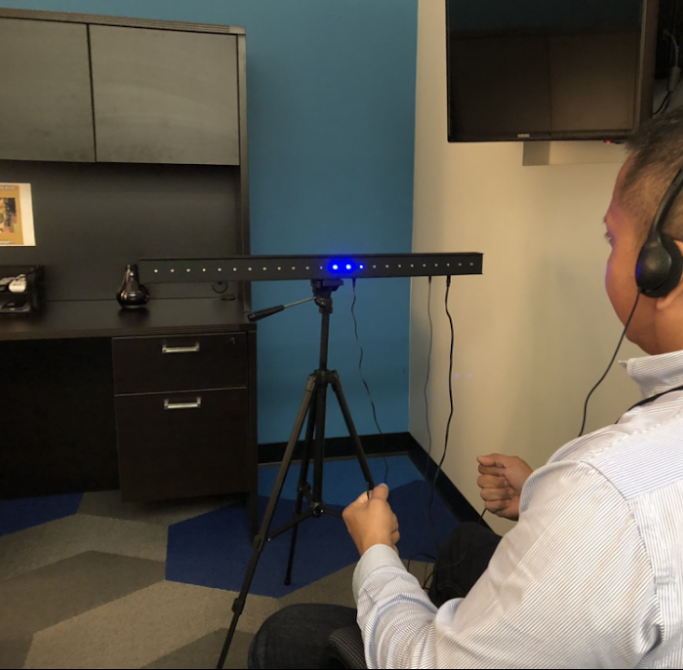 For those individuals looking for a way to deal with the stress and anxiety brought on by COVID-19, a local counseling office may be able to help people coup with the situation.

Shelby Sipe, associate director of the Veal Group in LaGrange, said her office specializes in the Eye Movement Desensitization and Reprocessing method (EMDR), which is a neurobiological approach to therapy. She said the technique works by stimulating both sides of the brain to recover from trauma. Sipe said the EMDR is a trauma-based and evidence-based approach to therapy.

“It’s a form of therapy that helps people heal from trauma and other distressing life experiences,” she said.

The clinicians at the Veal Group use a light bar to stimulate the eyes, moving them back and forth, similar to what happens when a person is asleep. Sipe said a person’s eyes are moving when asleep fluttering underneath the eyelids.

“We stimulate that process in therapy so that the client is conscious,” he said. “They are not asleep, and we’re not hypnotizing them or anything like that.”

Before a client even gets to the point of bilateral stimulation, Sipe said there are elements of talk therapy.

“A client would come into our office, tell us what’s going on, tell us what they want to work on, we would get a history and we would prepare them for this modality,” she said.

Once the therapist has the treatment plan, and the client knows what they want to work on, they are asked to think about that memory or a specific image. At the same time, the brain is bilaterally stimulated through the brain.

While the client focuses on the event, the therapist will begin sets of side-to-side eye movements, sounds or taps. The client will be guided to notice what comes to mind after each set, and they may experience shifts in sight or changes in images, feelings or beliefs regarding the event. The sounds or lights are repeated until the event becomes less disturbing.

During COVID-19, Sipe said she generally sees anxiety from patients because there’s so much uncertainty with the illness. She said if there was a date when everybody knew life could return to normal, many people would generally have fewer concerns.

“But we don’t know, and that uncertainty of what is going to happen next is really provoking a lot of fear within people,” she said. “Whether it’s economic instability, what they are going to do with their children or people losing their jobs — their whole sense of normalcy has been disrupted.”

Right now, the counseling office is providing guided mediations through Facebook Live. It is also hosting virtual sessions with its customers. Sipe said the EMDR method can still work while on a computer.