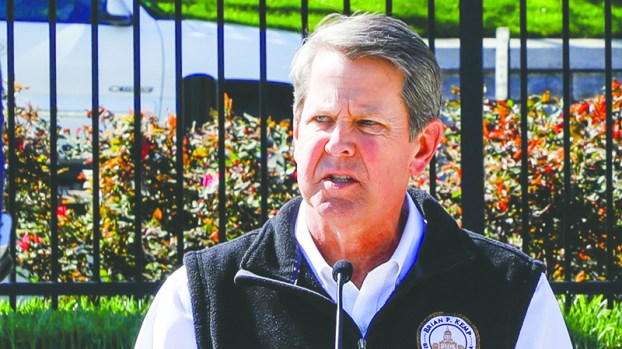 By Ben Nadler
The Associated Press

ATLANTA (AP) — Ahead of Easter Sunday, Gov. Brian Kemp urged Georgians to participate in religious services online or by phone — instead of in-person — because of the coronavirus pandemic, as the death toll in the state rose to 416 on Friday.

Kemp has issued a statewide stay-at-home order lasting through the end of April, but houses of worship are still allowed to hold services as long as congregants remain 6 feet apart. At least one church in Georgia has vowed to continue holding in-person services that buck social distancing requirements.

“If you attend worship services in person, you risk exposure to coronavirus,” Kemp said in a statement.

The number of people hospitalized by the virus in Georgia has increased to over 2,300, according to the latest data Friday from the state Department of Public Health. The state has more than 11,400 confirmed cases, though testing has been limited and the department says the virus “is widespread throughout Georgia.”

The youngest person to die from the virus in the state has been a 27-year-old woman from Lee County in hard-hit southwest Georgia who had no underlying health problems, according to state records.

The state has started releasing some limited data on race and ethnicity, which shows black Georgians bearing a disproportionate impact of the virus’s toll. Over 50% of the confirmed coronavirus cases for which a race is listed are black or African American — a group that makes up about 32% of the state’s population. The state did not provide a breakdown of deaths by race.

For most people, the new coronavirus causes mild or moderate symptoms, such as fever and cough. For some, especially older adults and people with existing health problems, it can cause severe illness, including pneumonia and death.

The Georgia Department of Labor said Thursday that more than 390,000 Georgia workers filed unemployment claims last week — topping the total number of claims filed in all of 2019.

“I know some of you are having a hard time getting in touch with us, and that is due to the sheer volume of calls we’re seeing right now,” Butler said in a video posted on Twitter. “A lot of times they’re showing up to work with 250 voicemails and 1,000 emails in their inbox.”

‘Church is not the four walls’: Religious leaders adjust services due to COVID-19

Churches in Troup County are adjusting to the way they get their message out to their congregation. Due to COVID-19,... read more