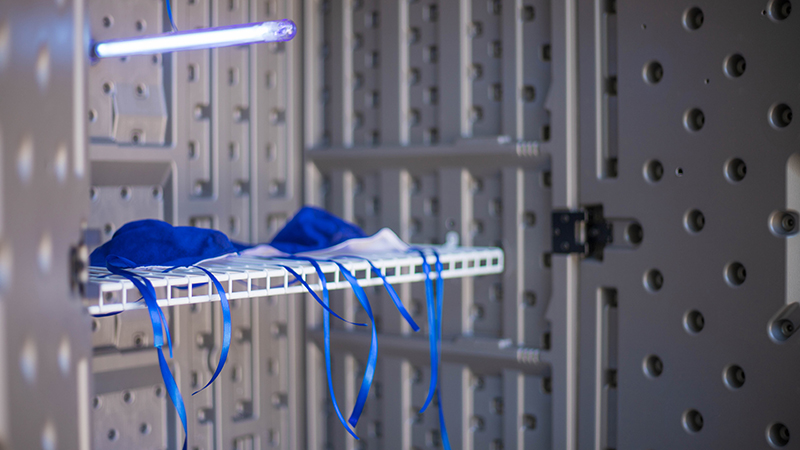 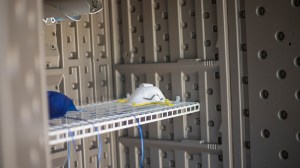 Jackson Services is utilizing its products to make a sterilization chamber to clean N95 masks.

Owner Dale Jackson said one of the service techs came in a little over a week ago after they had shown a brochure of products to the a local hospital. He said that the tech was asked to build something to bring back to the hospital. 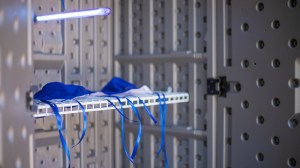 “Within four hours, the chamber was made,” Jackson said. “In the process of trying to create this from scratch, we reached out to RGF, who is the company that makes all these ionization and UV lights products, to ask for advice. They have engineers that know exactly how long something has to be bathed in the UV light, how long it needs to have the ionization over it. We wanted whatever we did to be safe for our frontline healthcare workers.” 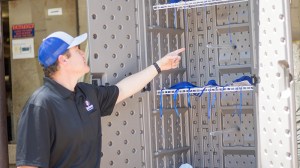 For approximately three years, RGF made a prototype similar to what Jackson Services created to sterilize meat.

“That’s basically what I was trying to create with this,” Jackson said. “Ours can only do about 30 to 40 face masks, and then they have to sit in there for 20 minutes for them to be guaranteed sterilized. But in this conveyor system that they have set up, that I went down to Florida to get, they’ve got 360 degrees of UV light treatment. They basically put what would be equivalent to five of these ionization machines into this one machine.”

Jackson said they are hoping to use the chamber to put a dent in the shortage of masks across the state.

“We are still going through the fine-tuning process of the machine,” Jackson said. “It’s at Capstone Healthcare, which is a lab in Atlanta that is testing the coronavirus. They’re capable of actually putting the coronavirus on a mask running it through the system, and then testing and making sure that they’ve got a 100% cure rate once it goes through our system.” 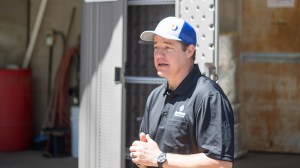 Capstone Healthcare has a 7,000-square foot facility next to the lab, where the sterilization chamber(s) will be set up for other hospitals.

“We’re actually going to set up a 24/7 program,” Jackson said. “We’re hoping to have hospitals, and everybody that has contaminated N95 masks, bring them in and drop them off. We will sterilize them and give them back.”

Jackson said he thinks every hospital will have one of these machines or one similar to prevent shortages of N95 masks.

“In the future, we’re going to redesign the table so it can be about three feet wide, so that actually nurses and doctors can send their scrubs through the machine,” Jackson said. “I am already talking to dentist offices because they want a much smaller version of this machine.”

Jackson said he has been in contact with Congressman Drew Ferguson and multiple area hospitals, working with them on how to organize the logistics of the sterilization chamber.

“In the chamber, these are all products that we install in people’s air conditioning systems for their home,” Jackson said. “But we’ve got three UV light bulbs in here, and then one REME HALO, which is the ionization. When the ionization mixes with the UV light that doubles its effectiveness and it’s kill rate. A mask would have to sit in here for 20 minutes, but we’re hoping to get it down to about five seconds on a conveyor belt.”

After testing it several times, Jackson learned that they were sterilizing it too much and breaking down the elastic straps.

“We realized you could only sterilize them two times before these straps start to break,” Jacksons said. “We have to speed it up, but we just have to fine tune that speed and then we will be ready to go.”

Jackson said he is excited that this won’t just help for the pandemic but also for the future.

“I believe that our company, staff and team really believe in our culture of serving the community and giving back to the community,” Jackson said. “This whole idea came from a service tech that was just caring for his community, and he just wanted to serve them.”