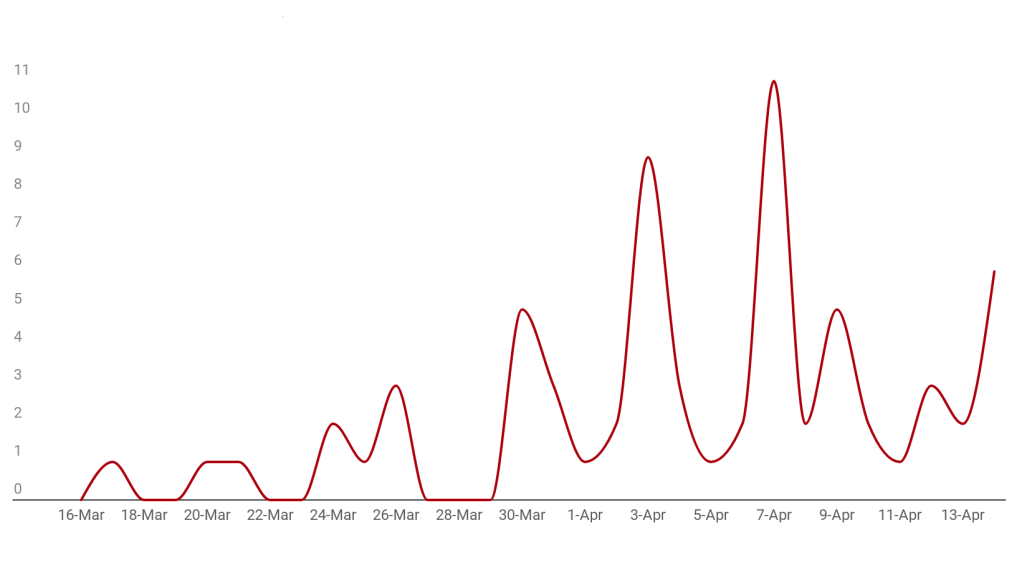 Troup County may have hit its peak in COVID-19 cases, according to health officials.

Dr. Olugbenga Obasanjo, director of the Georgia Department of Public Health District 4, said Wednesday it looks like the county has hit its peak, meaning the number of cases seen in a day, not overall cases. The overall number is expected to still climb and was at 68 on Wednesday. Four people in Troup County have died from COVID-19.

Unfortunately, Obasanjo said the counties surrounding Troup do not appear to be at their peak.

“I’m really, really happy with Troup County,” he said. “Our numbers have been very stable.”

“There is no difference between Lanett and West Point,” Obasanjo said.

He said he’s spoken with leadership at local hospitals, which report they are still getting COVID-19 cases, but it’s relatively low to what is expected. Additionally, he said the cases coming to Troup County hospitals are typically from neighboring counties.

Obasanjo said knowing that information from surrounding counties and what’s in the local hospital, it’s not a time to relax social distancing habits.

“This is even more reason why we need to keep doing what we are doing,” he said. “If we take the foot off the accelerator, it will descend on us. This is definitely not the time to relax at all.”

Obasanjo said he continues to have concern for churches throughout the area because he knows that’s where a significant amount of early spreading occurred. He said Troup County churches have done well and are cooperating with social distancing, but it’s still a concern.

Obasanjo said the bulk of infection currently is coming from nursing homes.

“One case in a nursing home is an outbreak,” he said.

When that happens, the department of public health provides several resources to that area. Officials remove that positive person from the home, providing tests for everybody in the home and the disinfects of the entire area.

Obasanjo said local nursing homes are everything asked of them in accordance with the Center for Disease Control guidelines.

“We are trying to get the number of tests up in Georgia,” Finn said. “That is one of the things the governor has been pointing out.”

TCSS to distribute meals on Monday, Wednesday and Friday