Another day of severe storms expected, parts of Troup County under “moderate” risk 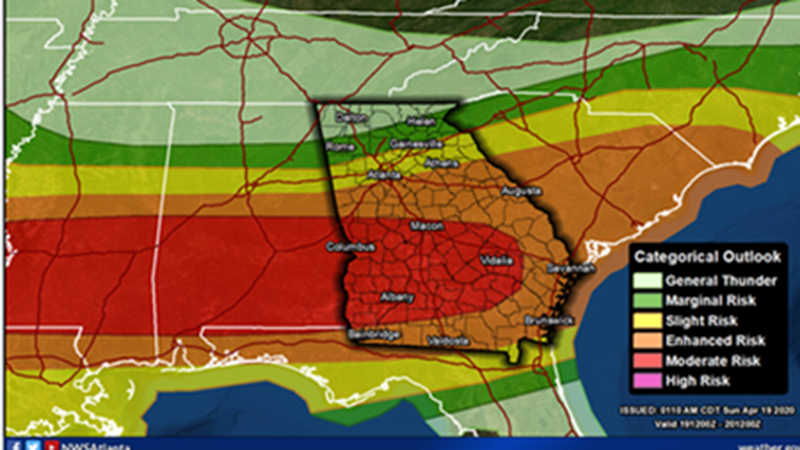 For the second consecutive Sunday, parts of Troup County are under a “moderate” risk for severe storms.

Several rounds of thunderstorms are expected and significant, long-track tornadoes are possible across central Georgia. according to the National Weather Service in Peachtree City. Flash flooding is possible with heavy rainfall.

“An outbreak of tornadoes and severe thunderstorms is expected today from parts of the lower Mississippi Valley across much of the the Southeast,” said the NWS’ Storm Prediction Center forecast. “In addition to tornadoes, many of the storms will have very large hail and wind damage. The severe threat will be greatest from north-central Louisiana eastward to southern and central Mississippi, southern and central Alabama into south-central Georgia. Additional severe storms with a threat for tornadoes, wind damage and hail will be possible in parts of east Texas this morning and in the Carolinas tonight.”