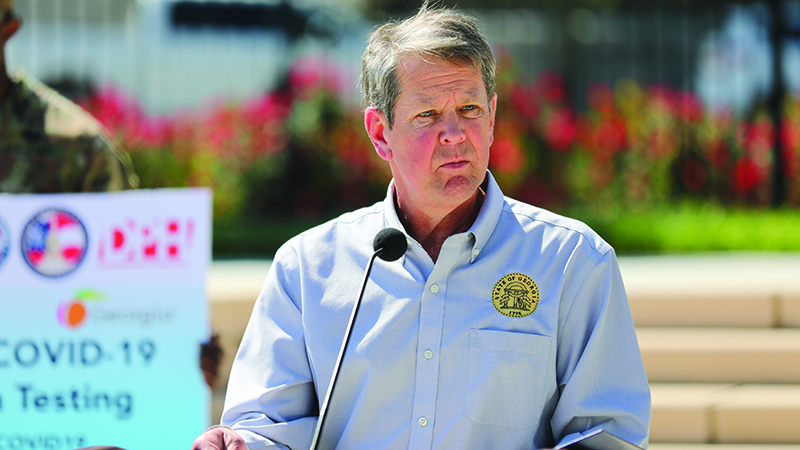 Troup County leaders want to remind residents in the community to ease into reopening the local economy in the wake of Georgia Gov. Brian Kemp’s announcement Monday.

Kemp announced that gyms, hair salons, bowling alleys and tattoo parlors are among businesses that may reopen Friday. Additionally, he said restaurants can resume dine-in services on Monday, as well as theatres and private social clubs, as long as they adhere to social distancing guidelines. Kemp said bars, nightclubs, live venues and amusement parks are still ordered to be closed until further notice.

“I don’t want everybody to think that this is just off to the races, and everything’s back to normal again,” he said. “I think we’ve got to be very cautious.”

Tramell has called West Point a dine-in destination for several residents from LaGrange and Lanett in Chambers County, Alabama. However, Chambers County has reported more than 287 confirmed COVID-19 cases and 15 reported deaths.

Tramell said it doesn’t matter where people are coming from to West Point, he wants everyone to take precautions.

“I’d love to see everybody coming into town to wear a mask,” he said. “My mask protects me from you, and your mask protects you from me.”

LaGrange Mayor Jim Thornton said it was inevitable that the state would have to ease up on the requirements at some point. He said he is interpreting the governor’s comments as saying he wants people to get back to work and get those businesses open, but he is also trusting the judgment of those business owners and customers to do so in a safe manner.

“He is going to allow them to start back operations, but is still going to require sheltering in place, and social distancing, at least until the end of the month,” Thornton said.

He said he was hoping the governor would have waited for another week or two, but he also understands Kemp is trying to strike a delicate balance with the whole state.

However, Thornton said his advice to local residents is to think carefully about doing daily business.

“My advice to local residents and local businesses is, ‘yes, you can, but ask yourself if you should,’” he said.

The governor’s shelter-in-place order is still in place regardless of the reduction in restrictions for businesses. Thornton said this means social and recreational activities are still discouraged, and gatherings of 10 or more people are still against that order.

Hogansville Mayor Bill Stankiewicz is concerned because he doesn’t feel the testing in Georgia is on par with other states.

“I worry that we’re being premature,” he said. “I think testing gives us the guidelines as to when we’re ready to open.”

At the same time, Stankiewicz does feel for businesses that are hurting. He said his wife runs an antique shop, which has been closed for three weeks. He’s not going to tell people not to patronize businesses once they reopen, but he will preach safety.

“If you are going to go out, practice social distancing, wear a mask, wash your hands and all those things we know to do,” Stankiewicz said.

“I certainly understand the balance and the need to get our communities back to normalcy,” Crews said. “But, on the other hand, I have to remind everyone that the virus is still here with us.”