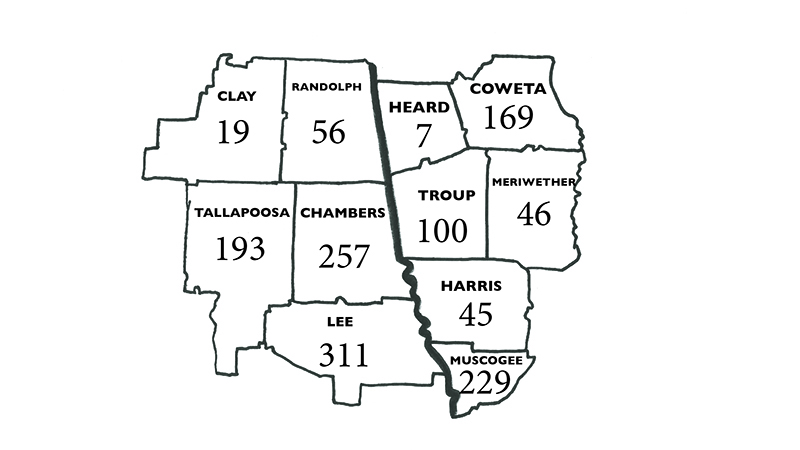 Troup County now has 100 confirmed COVID-19 cases, according to the latest numbers released from the Georgia Department of Public Health.

Troup County remained at four deaths in the latest update.

The state of Georgia is up to 19,398 total cases but only saw that number increase by 36 on Monday. There have been 3,702 hospitalizations and 774 total deaths.

For the first time since March 8, Georgia has been in the single digits for new cases reported both Sunday and Monday. Over the last three days, there have been 246 new cases in Georgia statewide, which is a large decrease compared to the previous days.

A majority of the statewide cases, or 62 percent, are in the 18-59 age range.  Thirty-four percent have been in people older than 60. Females have had 54 percent of the reported cases.

Chambers County and Lee County in Alabama continue to see their case totals rise. Chambers has 257 cases and 13 reported deaths. Lee has 311 total cases and 15 reported deaths, according to the Alabama Department of Public Health.