Specific businesses open for first time in a month in LaGrange 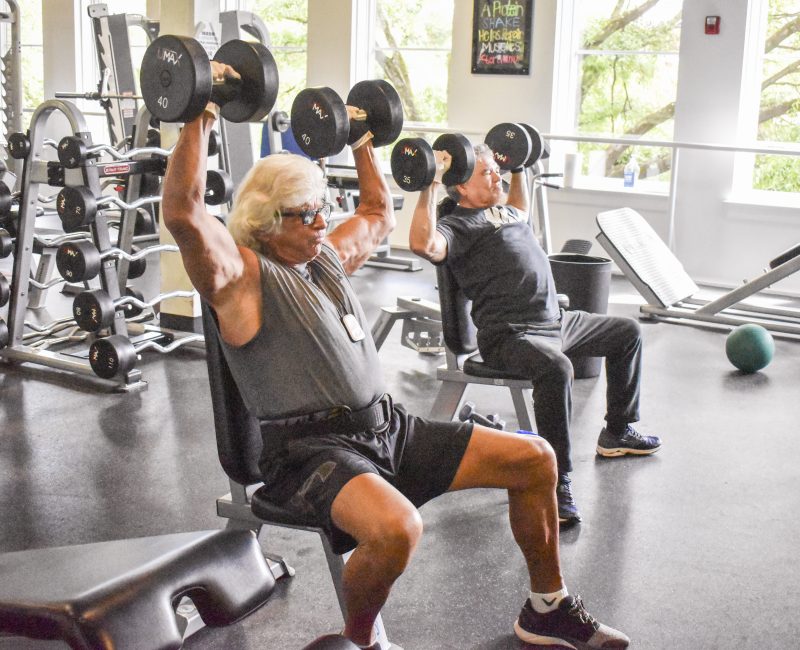 By: Dustin Duncan and Jenna Oden

Jimmy Vo spent much of Friday performing a manicure, answering phones, booking appointments and making sure anybody who walked into Elite Nail Salon had a mask and face shield.

Friday was the first day nail salons, hair salons, gyms and other businesses were allowed to operate in about a month. Georgia Gov. Brian Kemp announced he was lifting some restrictions of his shelter-in-place order earlier this week for select businesses. On Monday, restaurants can return to limited dine-in services. Theatres and private social clubs can also reopen as long as they follow strict social distancing guidelines.

Vo, co-owner of the nail salon, said the business probably turned away about 40 customers by 11 a.m. Friday. He said part of the reason is because the salon wasn’t operating with a full staff because the business gave the employees the option to return to work.

“This is something we can’t force them to do,” Vo said.

He said he had mixed feelings about opening the business. One on hand, Vo misses his customers and needs to generate revenue again. However, he wants everybody to be as safe as possible.

Everybody who walked into the salon had to wear a mask and was given a face shield. Nobody was allowed to wait in the front lobby, and the salon only worked on appointments. Vo said the business was not taking walk-ins. He said the company also put a significant investment in sanitation and cleaning the establishment.

“We’re trying to make our regulars happy because they want to come back,” he said.

Hair salons are also back to snipping, trimming and dyeing in LaGrange but with specific guidelines and restrictions.

“We are sanitizing extra,” said Hair Studio of LaGrange salon owner Hanna Gunter. “Between every client, we are sanitizing extra as well. We are not double booking because we have to sanitize as soon as somebody leaves. Everything that anybody touches has to be sanitized.”

Gunter said the business is booking each client further apart to give them time to clean.

Gunter and her mom Teresa Hamilton run the salon together and are making sure they practicing guidelines from the state — like wearing masks doing hair.

“We are telling everybody to call when they pull into the parking lot before coming in to make sure we have had time to clean everything,” Gunter said.

Hamilton said she received dozens of calls and texts within 30 minutes of Kemp announcing hair salons could reopen with the restrictions.

Gunter said even though she applied for unemployment and small business loans, she never heard anything back during the closures.

“I applied at the very beginning of all of this,” Gunter said. “I applied for unemployment through the CARES Act and still have not heard anything from that. Pretty much, we did not get any help.”

“I was able to sell some products during the closures,” Morrison said. “What I did with my clients was cancel day-by-day, and then went from there.”

Morrison said each day the shelter-in-place order was in effect, she pushed back the client’s day and just kept rescheduling them.

“When they said we could reopen, I disinfected for a little over 10 hours,” Morrison said.

Morrison also applied for business loans and unemployment but said she was denied for each one.

“But when the governor announced that hair salons could open back up, my phone rang off the hook,” Morrison said. “Text messages, phone calls and Facebook messages kept coming.”

Morrison said the salon is booked for the next six weeks and is disinfecting everything daily.

“We are disinfecting the chairs after every client and making sure our tools are disinfected,” Morrison said.

Gyms and fitness clubs were also part of the governor’s order to reopen Friday. Frank Buce, owner of Towne Fitness in LaGrange, said his establishment is more than just a place to work out for people.

“This is where some people come every day to drink coffee and talk to each other,” Buce said. “It’s about the camaraderie. It’s not just about working out.”

However, now that the gym is open again, he said many people couldn’t exercise the way they did before.

“We’re glad to be able to service our customers,” he said. “We want to be safe, and we don’t want anybody to be sick.”

Buce said the gym had made an investment in cleaning the fitness center and maintain high levels of sanitation. They aren’t offering child care, the sauna room or hosting group fitness classes. Additionally, they have marked off where people can stand in the club as well as taping off every other cardio machine.

“We wanted to get back open on a small scale so that our loyal customers who stayed loyal with us … can come back in and workout safely,” Buce said.

With Towne Fitness opening its doors again, that means more than 30 employees are returning to work within the local economy. Buce said many of the employees are part-time, but they still rely on that income.