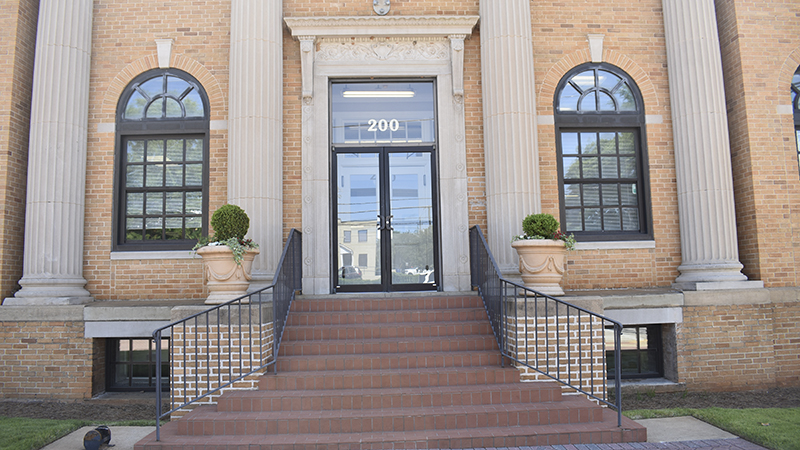 The focus of the call centered on the federal bill dubbed “CARES 1.5.” The bill is a new 25-page bill that is meant to amend part of the original CARES bill, which was designed to provide relief to Americans and small business owners during the COVID-19 pandemic.

Ferguson said the bill focused on three areas, first of all providing $318 billion for the Paycheck Protection Program.

The program is designed to assist small businesses and nonprofit organizations with employees of 500 or less by giving them forgivable loans to cover payroll costs for eight weeks.

“It’s pretty amazing that the federal government was able to set up a federal lending program and get $350 billion out to small business owners in the span of about two and a half weeks,” Ferguson said.

He said the purpose of the plan was twofold. First, it was designed to help small businesses pay rent, health insurance and utilities as well as make payroll. He said that money will allow companies to keep employees and help them ramp up quickly when the economy starts to shift.

The second phase of the package gives another $75 billion to hospitals. Ferguson said hospitals have been hit hard by expense in taking of COVID-19 patients. He said many patients stay in the Intensive Care Unit for many days, which is expensive and requires more supplies.

The second way hospitals have been affected is the inability to do elective surgeries due to shelter-in-place orders.

Without such operations, Ferguson said hospitals had seen a sharp decline in revenue.

“This is particularly difficult for more rural hospitals, like the ones in the 3rd District of Georgia,” Ferguson said.

He said $16 billion of that $75 billion for hospitals is earmarked for rural hospitals to help them with any revenue shortfalls.

Another major area of the amended bill includes $25 billion for increased testing and contact tracing capabilities.

“We currently have a lot of capacity for testing,” Ferguson said. “But we need a lot more.”

He said part of those funds could be used to develop a way to administer self-tests quickly.

Moving forward, Ferguson said he knows there’s been a lot of chatter about another stimulus package coming out of the federal government, but he doesn’t think anything is coming soon.

“I’ll be the first to tell you that I am not tremendously optimistic about another major package moving through Congress very rapidly,” he said.

Ferguson said the first package moved quickly with a bi-partisan effort, but he feels another package would involve both Republicans and Democrats attempting to add things into the bill that would slow it down.

As for Gov. Brian Kemp’s decision to begin to reopen the state, Ferguson said it’s important to remember the reason for the shelter-in-place order was to slow down the pace of COVID-19 to not overwhelm healthcare systems.

“To credit Georgians and Americans all over this country, we have done just that,” he said. “I do think just looking at data, we do have a lot of capacity, and we do have the ability to take care of patients that get sick.”

Fergusons said that although the healthcare system seems to have the situation under control, it doesn’t mean people should resume to normal, everyday activities.

“You must continue to maintain social distancing, use good common sense and good hygiene,” he said. “And, while we desperately need to restart the American economy, we need to do it smartly and we need to do it safely.”

Troup County looks to open some recreational activities May…