Troup County looks to open some recreational activities May 18 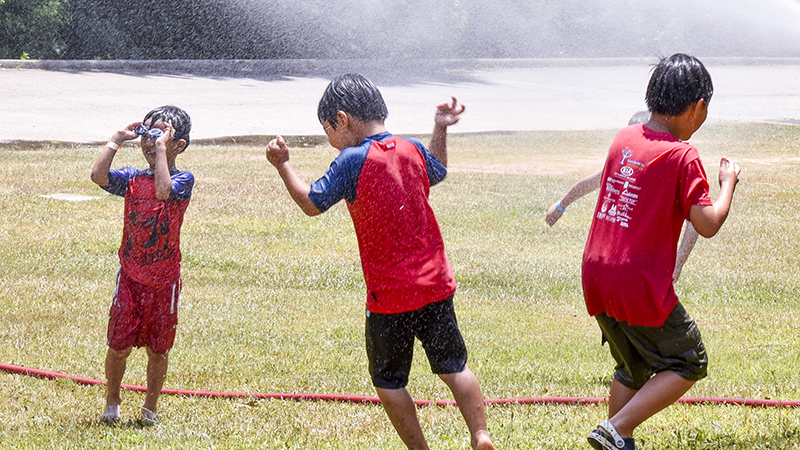 Recreational activities in Troup County could be a few weeks out from starting again, according to Troup County Board of Commissioners Chairman Patrick Crews.

Crews said Monday that the county had set a date of May 18 to attempt to start some recreational activities again, but wouldn’t commit to what facilities would be open.

“We are having to look at the different programs and venues we have and try to decide how to do we open that and be sure we can provide the protections for the families, children and senior adults that are participating,” he said.

Crews said it’s most likely the facilities in the county will open in stages. He said the active life senior centers are a concern in each city as well due to that population being at high risk to COVID-19.

As for the overall recreational program, he said it’s a bit complicated because of all of the programs the county offers. He said some things are as simple as a pickup basketball or tennis game at one of the facilities to opening the Mike Daniel Recreational Center.

The center offers an indoor pool and gym with locker rooms that need to be kept sanitized.

There are also comments being made about when to start little league baseball and other sports in the county.

“I have heard just as much concern from parents about their children participating,” Crews said. “We have to balance all that out.”

He said the county recreational staff has already started to review that process.

For now, Crews said West Point Lake had been a popular spot for people to fish, get out on a boat or use jet skis. He said the Georgia Department of Natural Resources has been patrolling the lake for social distancing purposes, but there are still plenty of ways for residents to get outside.

Hogansville Mayor Bill Stankiewicz said the city plans on opening Lake Jimmy Jackson soon. Even with the opening of the recreational area, he said he’s not suggesting people congregate in large groups in public places, but being outside is less of a threat than being inside.

“We are going to leave it up to our citizens to use good sense,” he said. “Take advantage of the open spaces and maintain six feet of separation.”

In LaGrange, Mayor Jim Thornton said The Thread is still open for public use and has been used generously by the public.

In West Point, Mayor Steve Tramell said his city’s portion of West Point Lake is being used graciously by residents as well. He said on the south side of the lake near West Point Dam R. Shaefer Heard Park was busy this past weekend.

West Point has a splash pad in town, but Tramell said the city has no plans to open it. He said he’s OK with residents getting exercise as long as groups of people aren’t getting together.

“If you are with the people you cohabitate with, how could that be any different from being cooped up in the house,” he said. “We certainly don’t want people getting together in large groups.”

Some dining rooms remain closed despite order, take out…