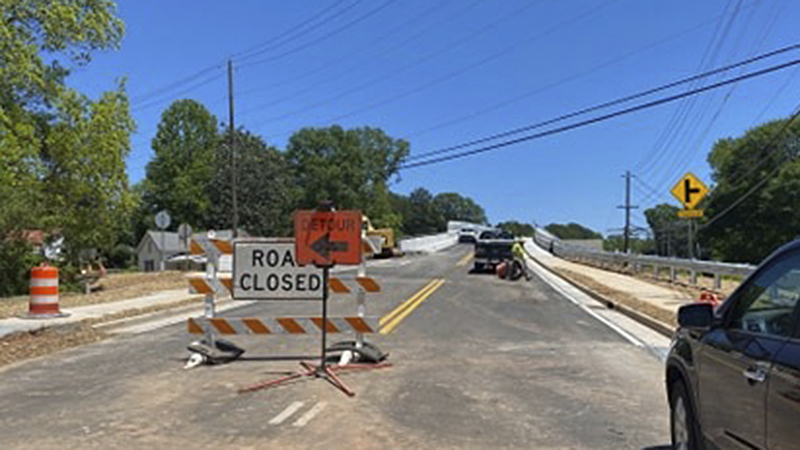 The Greenville Street Bridge, which has been closed for several years, will reopen on Friday afternoon in LaGrange.

The Georgia Department of Transportation awarded the bridge contract to C.W. Matthews Contracting Company in 2018 at a cost of $8.9 million. According to the C.W. Matthews website, the bridge is 81 years old and had been closed for more than two years before construction began in the fall of 2018.

“We are doing a lot of railroad bridge rehab across state of Georgia for economic development reasons,” Brooks said, noting the importance of being able to move freight across the southeast.

Brooks said vehicles are bigger and heavier than they were when most of the bridges being replaced were built in the early 1900s to 1940s, so GDOT has been refurbishing and replacing many railroad bridges throughout the state.

Brooks said GDOT is responsible for the maintenance on the bridge. She said although the bridge is opening for traffic, the construction work is not completely done. She said sidewalks still need to be connected and there’s some clearing underneath the bridge that needs to take place. There’s also some striping left to complete.

“I am very excited that the Greenville Street bridge is being reopened today,” said LaGrange Mayor Jim Thornton. “This bridge replacement will improve road safety and will be a great enhancement to traffic flow.”
Thornton said the City of LaGrange assisted with right of way acquisition and utility relocation, and Troup County resurfaced major sections of Greenville Street in connection with the project.
Thornton said the bridge had been closed by GDOT on Feb. 10, 2016, due to safety issues.

Caring for children during COVID-19