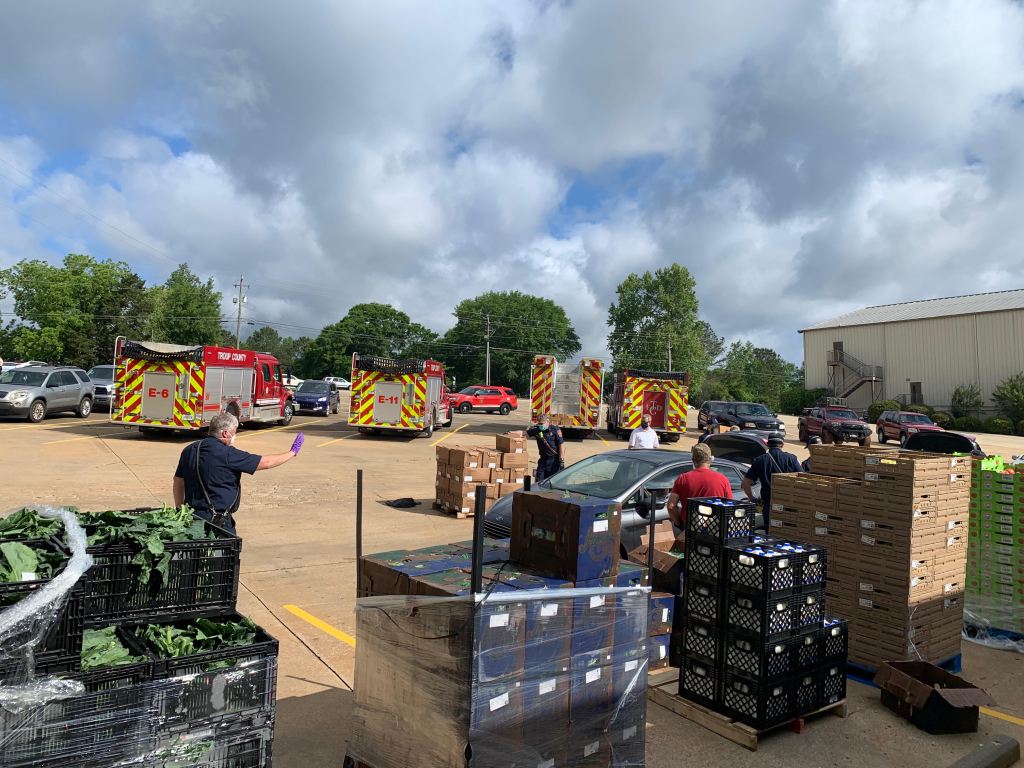 Feeding the Valley Food Bank is hoping to soon begin hosting a mass distribution food drive in LaGrange at least once a week.

Jimmy Pruitt, LaGrange warehouse coordinator for Feeding the Valley Food Bank, said food banks are being inundated with food from the U.S. Department of Agriculture and federal agencies due to COVID-19. He said throughout the next 90 days, he is working with local government agencies to secure locations for drive-thru food drives.

He said within the next week to 10 days, he’s hopeful to be able to confirm times, dates and places.

The George Harris Baseball Complex in LaGrange is one confirmed location, and City Light Church has agreed to participate for a drive. Pruitt said he’s also meeting with representatives from the Troup County School System to use school property.

Pruitt said the food banks have plenty of food and volunteers, but the biggest issue is finding the correct location to accommodate the traffic.

“We don’t even really have to do anything but put it out on our Facebook pages, and within hours there are thousands of people,” Pruitt said.

On Thursday, the food bank hosted a drive-thru food drive at Faith Baptist Church. Pruitt said the drive started at 10 a.m., and by 11 a.m., they had served more than 550 cars, and traffic was backed up several miles.

“Everything went fairly well except for the fact we learned that traffic is going to be a logistical problem,” Pruitt said. “That’s why we are kind of going backwards first. I know I’ve got the food, but I can’t put it out there until I start with the traffic issues and the property issues.”

Pruitt is also the chaplain for the Troup County Sheriff’s Office and the LaGrange Police Department. He said those departments have agreed to provide traffic control in the future for drives.

Once the venues are locked down, Pruitt said there would be at least one drive per week, possibly two. He would like to have one during the week and one on the weekend.

There aren’t many barriers to getting food, either. There is no paperwork to fill or any need to make contact with another person.

Pruitt said the only restriction is that the food bank can only do one distribution per vehicle.

“It’s not that we don’t want to trust people’s integrity, we just want to make sure that everybody gets food,” he said.

But the shortage of food isn’t a problem right now. Pruitt said Amazon Owner Jeff Bezos donated $100 million to food banks around the country, some of which went to Feeding the Valley. Additionally, Pruitt said major grocery stores like Publix, Walmart and Kroger are funneling food into the food bank.

“In the past 10 days, I’ve had eight calls from the Walmart distribution chain on the national level wanting us to pick to 1,500 to 2,00 cases of fresh produce with each call,” he said. “People can know that whatever is happening on the national level with corporations like Publix, Amazon and Kroger, all that is trickling down, and it is going into on their table in Troup County.”