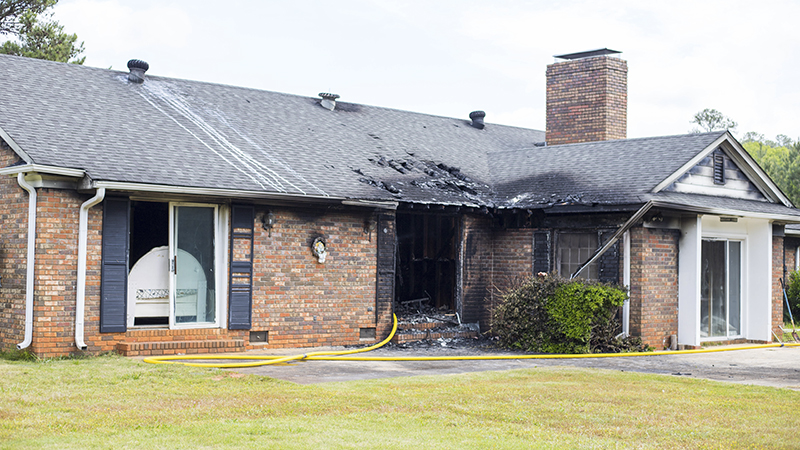 According to TCFD Deputy Fire Chief Kevin Norred, they still do not how the fire started originated but they have narrowed down where it started.

“It was an office and exercise room it looks like,” Norred said. “The homeowner was not home at the time and was headed toward Columbus when we got the call.”

Norred said they were called out to the residence at approximately 10 a.m.

“We had the fire under control within about 45 minutes,” Norred said. “We probably spent another hour or so mopping up hotspots and making sure everything was taken care of. We ended up having 16 or 17 firefighters on scene.”

Norred said they typically only send four trucks to a fire but said due to the size of the fire and the fact that they were all at the office this morning they sent more firefighters out to it.

“We were able to keep that fire in the room of origin,” Norred said. “It was a really large house.”

The fire is currently under investigation and Norred said they cannot determine how much monetary damage was done until the insurance company looks over it as well.