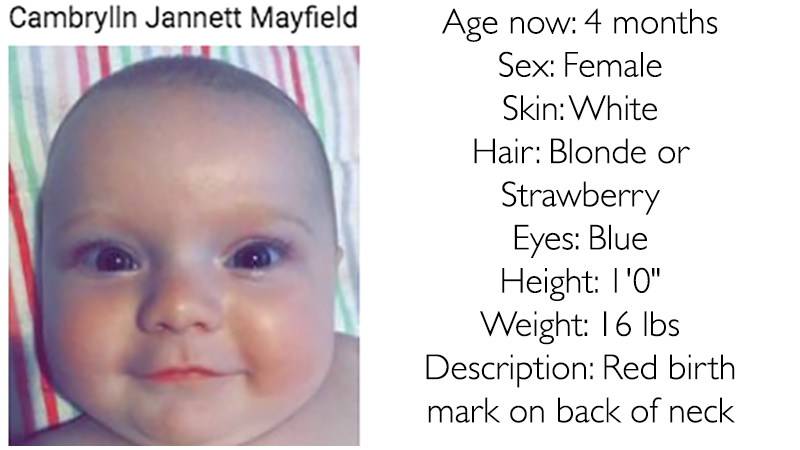 UPDATE: The baby has been found safe, according to various media reports.

An Amber Alert has been issued after a vehicle was stolen at gunpoint with a 4-month-old inside in Talladega, Alabama.

The Talladega Police Department and the Alabama Law Enforcement Agency are asking for assistance in locating Cambrylln Jannett Mayfield, a four-month-old white female with a red birthmark on the back of her neck. Mayfield was seen last near Dorothy Lane in Talladega, Alabama around 3:30 a.m. on Friday and is believed to be in extreme danger. An unknown white male took the car at gun point that Cambrylin was traveling in. The vehicle is a white 2014 Chevrolet Sonic, Alabama tag 61DS546.

Talladega is east of Birmingham and about 80 miles northwest of LaGrange.

If you have information, contact the Talladega Police Department at 256-299-0011.