OUR VIEW: Thank you participating in school board forum 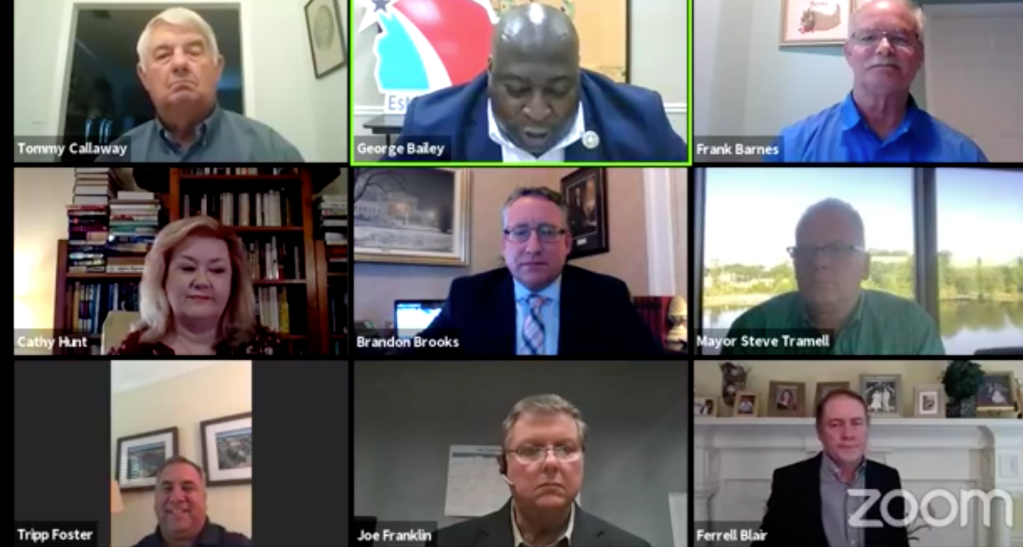 As many of you saw, the LaGrange-Troup County Chamber of Commerce held its virtual candidate forum for local school board races Tuesday night.

More than 7,200 people had watched the forum on The LaGrange Daily News Facebook page by Wednesday morning, and the forum was re-aired on the LDN Facebook Wednesday at 10 a.m. Altogether, it’s likely to reach 10,000 views, which is a substantial number.

There was a lot of discussion throughout the last week about whether all candidates would participate, and up until the last minute, it appeared only four candidates (Brandon Brooks, Cathy Hunt, Ferrell Blair and Joe Franklin) would take part. However, that changed in the final moments, as three of the four (Tripp Foster, Tommy Callaway, Frank Barnes) TRACER-endorsed candidates decided to do the forum. Nick Simpson was the only candidate who did not participate.

We’re glad that seven candidates decided to take part, and we also thought the forum was very fair for both sides. Sure, there were some technical issues with microphones temporarily being off or lights in rooms that suddenly went off, but those things were expected. There were no major issues. We’ve heard no complaints about the questions asked or the format, which gave candidates the same question as their opponents and the same time limitations.

We appreciate the chamber for organizing the forum and overcoming several days of uncertainty to include seven of the eight candidates. We also appreciate the candidates who took part, including those who changed their minds late in the process.

In an election this important, the candidate forum was an excellent way for candidates to share their platform and get their message out. We thank everyone who participated.

OUR VIEW: TCSS put in a tough spot