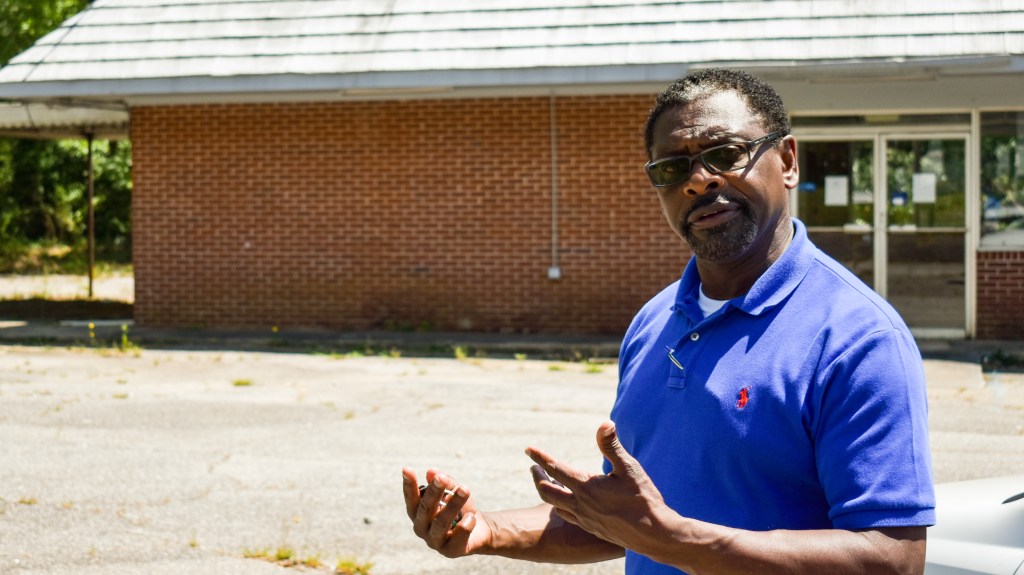 Alton West imagines a Whitesville Road corridor that will serve as a regional epicenter for workforce development.

West, LaGrange’s community development director, plans to take a recently-acquired Community Development Block Grant Innovative Grant and transform a section of the south side of LaGrange near the LaGrange Housing Authority.

The Georgia Department of Community Affairs announced the CDBG grant worth $2 million on Monday. The grant is federally funded and is designed to focus on benefitting low- to moderate-income families by providing resources for livable neighborhoods, economic empowerment and decent housing.

West said the city would use this grant to transform a former car dealership at the intersection of Whitesville Road and Butler Street into a regional training facility for multiple trades. On Thursday, West said the city would retrofit the current building with the help of Robert and Company of Atlanta. The current building will serve as a lobby area, office space and restrooms. The city will also add two classrooms, but the entire two-acre property is available for use.

“The great thing about this location is that you have acres here, so you have room to grow,” West said.

The city hasn’t purchased the building as the details of accepting the grant still need to be finalized.

In his role as community development director, West said contractors with the city continually asks for local plumbers, electricians and other trade skills to act as subcontractors. He said LaGrange needs not only more skilled labor but also reinvestment in such labor because those disciplines are starting to age out and not being replenished.

Jackson Heating and Air Owner Dale Jackson said the need for young, skilled labor is exponentially increasing, not only for the HVAC profession but all trades.

“That applies to HVAC, plumbing, sheet metal and more,” he said. “These are all trades we want to focus on.”

Jackson said what he likes most about the proposed program is the short-term training aspect to it.

He said one of the biggest hang-ups about the HVAC profession is that most people think they need to go to school for two years. Then, after sitting in the classroom during that time, they get into a 140-degree attic or a muddy crawlspace, and they realize it’s not that industry for them.

“We’re trying to create a facility that will give them the ability to get a job,” Jackson said.

West said it’s important for the younger generation to understand that not everybody is college material, but that doesn’t mean they can’t build a successful life.

“If you can acquire a skill set that’s going to give you an opportunity to go out and be gainfully employed, that’s something you can take only not in this community, but anywhere you choose to be,” he said.

West said part of the goal is to train local talent and then keep them in LaGrange and Troup County, but it’s not realistic they will not stay in the area. However, his vision is to pull talent from Troup County, Coweta County, Heard County and Chambers County and Lee County in Alabama.

Part of those skills includes plumbing, electrical, HVAC, masonry and carpentry and more, according to West.

“We want to teach those disciplines and provide people with those job skills that they can utilize most to make themselves gainfully employed,” he said.

West said the city is reaching out to create partnerships with the Troup County School System and West Georgia Technical College to funnel into this program.

The training facility at Whitesville Road isn’t meant to be a typical classroom where students will listen to an instructor talk. West said the idea is to have hands-on learning by working on real homes.

First, West said the facility would have a mock home on the property.

“Not only will the students be learning in the classroom, but they can actually go out into this mock-up house, and they’re going to learn how to lay plumbing in a home, wire a home and learn how to run the ductwork for the air conditioning,” he said.

Additionally, the city plans to purchase five homes on Butler Street and two homes on Badgley Street to tear down and build from scratch.

Jackson said the experience the students will gain in the facility would help not only his company but the local economy as a whole.

“As an employer, I can hire somebody who I know the industry is right for. Then, I can send them for additional training,” he said. “That helps me and them as well.”

West said the terms of the grant are to eliminate blight in distressed and impoverished areas.

“This is going to be a rebound revitalization of the neighborhood,” he said.

The city will demolish the homes one at a time, starting with a vacant home on Butler Street. Then, the students from the training facility, along with licensed contractors, will rebuild the house. Then, a family on Butler Street will be relocated into that new home while the city moves onto the next house. That process will continue until all seven homes are rebuilt.

West said this process would ensure families aren’t displaced or forced to find a new place to live.

The city will become the landlord at this point, but the LaGrange Housing Authority will manage the properties.

Additionally, due to the terms of the grant, West said the individuals moved into the new homes will still be subject to only 30 percent of their income for rent.

Although West was the city employee who applied for the grant on behalf of the city, he said, “this was not an Alton West standalone project.”

He said several individuals had their hand the project. He said Marie McNally with DASH Neighborhood Revitalization, Chad Cooper with the LaGrange Housing Authority, Becca Eiland, formally of Groundswell, and Jenny Bradley with Three Rivers Regional Commission, who wrote the grant.

West said the team looked at the homes across the proposed training facility site and with respect to the historical significance of the neighborhood and wants to transform them. He said the grant mandates there is a transformational, long-term systemic economic impact.

Moreover, he said the Whitesville Road Corridor is a major gateway into LaGrange due to its proximity just off I-85, but it hasn’t seen much economic infusion.

However, West said things are happening in the area with the housing authority building a 70-unit apartment complex.

“We have some synergy going on here,” he said. “Let’s help that synergy grow and help to improve this corridor here.”

Cooper, who is the director of development and marketing for the housing authority, said the training facility is one of the starting projects along with the construction of Phoenix Landing in a line of potential development projects.

“We know it is part of the grant, but we can’t stop there,” Cooper said.

He said the housing authority has purchased a few homes on Butler Street in addition to the proposed homes in the grant for revitalization. He said a community survey revealed residents want to see smaller homes with a cheaper price point in the area.

Additionally, he said part of a master plan for the area by the housing authority shows the need for more retail and grocery stores in the area. Cooper said the neighborhood  is a food desert, which is defined as an area with limited access to affordable and nutritious foods. He said while LaGrange is a small town, there’s no public transportation to get across town to buy vegetables or fresh produce.

LaGrange Mayor Jim Thornton said the Whiteville Road corridor had been a primary focus for revitalization, which is why the city brought several stakeholders together.

“It was great to have input from so many local residents and businesses who were interested in improving the city and particular that area of town,” he said. “I applaud the efforts of Alton West and the rest of the city staff to think creatively and to focus on solutions.”

West said this project hopes to be the first of several. He said the success of revitalizing the workforce and the homes in the area could lead to more grants.