Both candidates say they are lifelong residents of Troup County.

The winner of the June 9  election will go on to face Democratic challenger Yvonne Lopez, who is running unopposed.

Jones said his bid for re-election stemmed from wanting to continue the success of Troup County.

“I’m running for re-election because I want to see Troup County continue to grow and prosper for future generations,” he said. “I also want to continue to be fiscally responsible for the taxpayers.”

Boyd said retirement has not been everything he wanted it to be, and running for a seat on the county board has always been something he wanted to do. He said while probate judge, he continually asked for needs through the office and would invite commissioners to come to his office to see why it was necessary. He said only one commissioner did so, and it was Ken Smith, who retired in 2012.

Morris said it’s hard to know what the biggest issues in Troup County will be in a post-COVID-19 world, but he knows transportation issues and upgrading the roads will continue to be important.

Additionally, he said being fiscally responsible overseeing taxpayers’ dollars is always an issue.

“Every year, it is always an issue of balancing the budget without a tax increase, and therefore taking care of county employees and maintaining county services for the citizens,” Morris said.

He said throughout the past 19 years, the commissioners have only raised the interest rate on taxes by 2.75 mills, and in the past seven years, the board hasn’t raised the millage rate at all.

“I think it’s being accountable and responsible,” Morris said.

Boyd said one of the first things he would want to do is encourage a volunteer committee to pick up litter on county roads or encourage citizens to adopt a road.

Other concerns he has include opening convenient centers on Saturday and looking into how to make that happen. He would also like to reestablish a county animal control board and have a forum to meet with residents once a month to discuss any concerns.

Morris said as an experienced commissioner, he wants to continue to build on relationships with state, city and local elected officials, as well as the people within the government.

“Over the past few years, we’ve had new faces in local government and county personnel,” he said. “I believe my experience with those new faces will bring wise insights to help Troup County overcome this (COVID-19) in the next four years.”

Boyd said he would like to visit county departments regularly.

“The department heads go to the commissioners once a year and ask for needs within their department,” he said. “They talk to at least three of the commissioners, and they feel intimidated and won’t normally say what they would like to say.”

Boyd said if he establishes regular relationships with office leaders, they would feel comfortable talking about changes that need to be made to their department.

Jones said the county commissioners can’t micromanage the county manager, and they need to let that position run the day-to-day operations. However, commissioners are responsible for making policies to assist the other elected officials or department heads.

“We are really policymakers to make sure the county is running correctly,” he said.

Additionally, Morris said it’s his responsibility to listen to citizens and respond to their concerns.

“We are really working for them,” Morris said.

Boyd said managing the budget and keeping the roads in good shape is a top priority for a commissioner. However, having a solid rapport with employees and other elected officials is vital.

“You can’t give them everything that they ask for, but you should be able to give them what they need,” he said. “I want to find out what they need. And if it’s something that has to be done, and we don’t have the money, then we’re going to have to find the money.”

Boyd also cited accessibility as a major part of the commissioner’s job.

“You need to be willing to talk to the people — good or bad,” he said. “That is what I plan on doing. I will always listen to any complaints or any of the ideas that the citizens might have.”

Jones said the county paved about 70 miles in the past four years, constructed Tom Hall Parkway, purchased four new fire engines and made several improvements to the parks and recreation facilities.

He said this has happened with several new faces, including fire chief, chief financial officer, citizen’s communication officer, state court judge, solicitor general and probate judge. Boyd said he wants to see the county continue to grow at a controlled rate. He said he wants to see more restaurants like Red Lobster and O’Charley’s in Troup County. Additionally, he wants more retail shops, so residents don’t have to leave Troup County to shop during the holidays. He said he wants to see those tax dollars stay within the county. Boyd said residents could email him at any time at judgedboyd2000@yahoo.com. 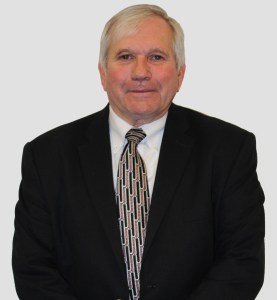 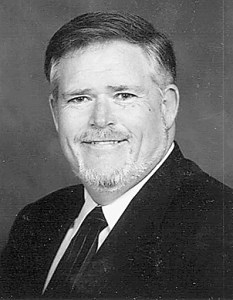