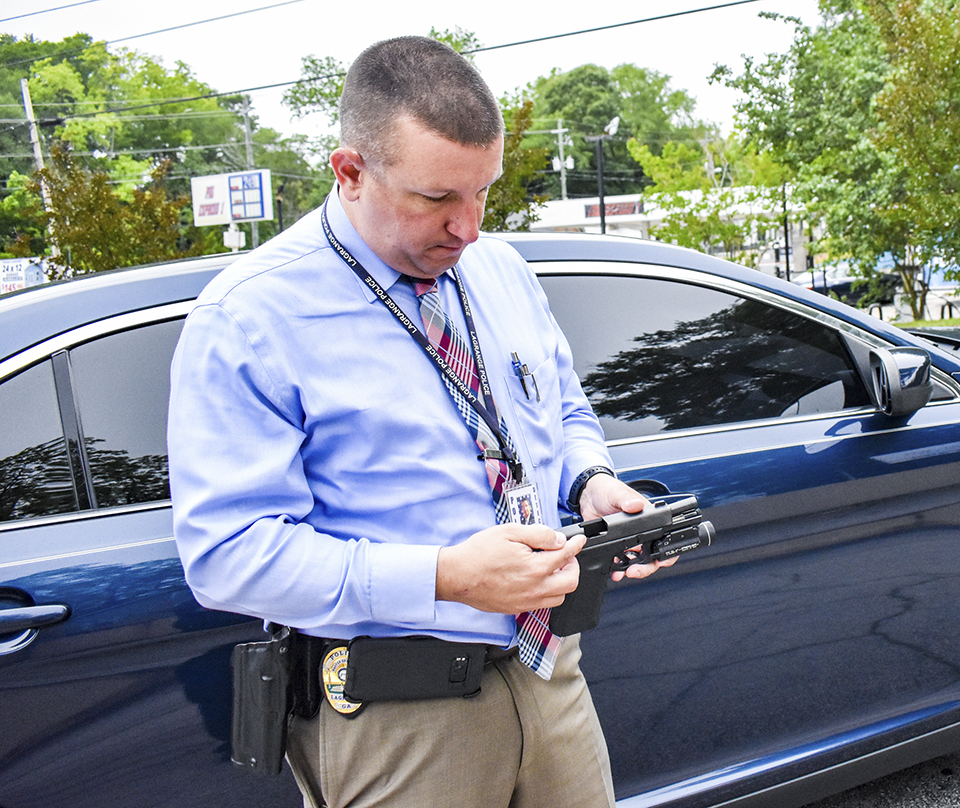 Firearm safety is a vital part of owning a gun.

Whether it’s for home protection, sport or adding to a collection, local law enforcement says there is a responsibility to owning a firearm.

LaGrange Police Department Lt. Dale Strickland said the department suggests that everyone with a gun has, at least, a minimum education about firearms.

“If they are not trained to handle them, don’t touch them,” he said.

Strickland also said if  children find a firearm in their home, they should be taught to find an adult and report it.

Troup County Sheriff’s Office Sgt. Stewart Smith said gun owners need to be sure small children can’t get to a firearm by putting it onto a high shelf or in a gun safe when not near the weapon. He said if the gun is used for home protection, the chances that it is loaded are high, which makes it more imperative that nobody else can get to it but its owner.

“If you find any type of gun, you should act as if it is a loaded handgun,” Stewart said.

Strickland said guns need to be secured in a locked cabinet or safe when not using them, such as people who have a gun collection or use them for sporting goods.

“When you are not where that gun is, it needs to be secured,” he said.

Smith echoed this sentiment, adding those gun owners should invest in a gun safe, but at the very least, make sure those weapons are unloaded, and the ammunition is in a separate location.

In Georgia, Smith said a person does not need a license to possess a gun inside their home, vehicle or personal place of business. He said a person’s car is considered an extension of their home.

However, once a person gets out of their vehicle and carries the gun on their person in public, a license is needed.