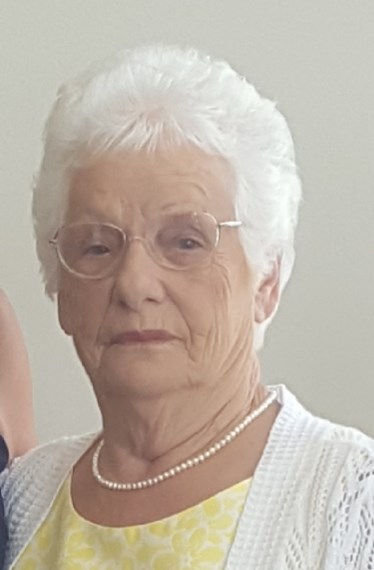 Mrs. Loree Overton Worley, 91, of Hogansville, passed away on Thursday, May 21, 2020, at West Georgia Medical Center of LaGrange.

A private graveside will be held Saturday, May 23, 2020, in Tift Memorial Gardens with the Rev. Jeff Overton officiating. Her grandsons and great grandsons will serve as pallbearers.

Mrs. Worley was born Oct. 10, 1928 in Calhoun County, Alabama, to the late K. C. Messer and Ida Mae Pence Messer. In addition to her parents, she was preceded in death by her former husband, Henry Lee Overton who died in April, 2008 and to whom she was married for 56 years, four brothers, one sister, one infant sister and one stepson, Terry Overton who died in October 2007.

Mrs. Worley worked in textile mills until her retirement in 1993. She enjoyed fishing, cooking and was best known by her family for her biscuits and cornbread, working in the vegetable garden, gathering and canning vegetables. She also had many days of fun and laughter playing card games. Mrs. Worley especially loved spending time with her family and sharing stories. She will be greatly missed by her family who are assured to see her again in Heaven someday. She was a great caregiver who spent much time staying with and caring for family members who had preceded her in death. Mrs. Worley was a member of Northside Baptist Church of Tifton.

Mrs. Worley is survived by her husband, Edward Worley of Hogansville to whom she was married for nine years; two sons and daughter-in-law, Lonnie Webb of Homerville and Roger and Lori Overton of Five Points, Alabama; two daughters and son-in-law, Deborah and Joe Lawrence and Becky Davis all of Tifton; four step children, Jerry and Kay Overton of Newnan, Tommy and Vonda Worley  and Terry and Heather Worley all of Opelika, Alabama, and Tonie and Shaun Bidinger of Hogansville; eight grandchildren; 20 great-grandchildren; 15 step-grandchildren and 22 step-great-grandchildren; one sister Sarah Deane Carlson of Pittsburg, Pennsylvia.

Flowers accepted or donations may be made to American Cancer Society, PO Box 385, Tifton, Ga. 31793.

Albritton Funeral Directors is in charge of the arrangements.  You may sign the online guest register at www.albrittonfuneral.com.