One day at a time: Prescott adjusts to life after COVID-19 and two weeks in the hospital 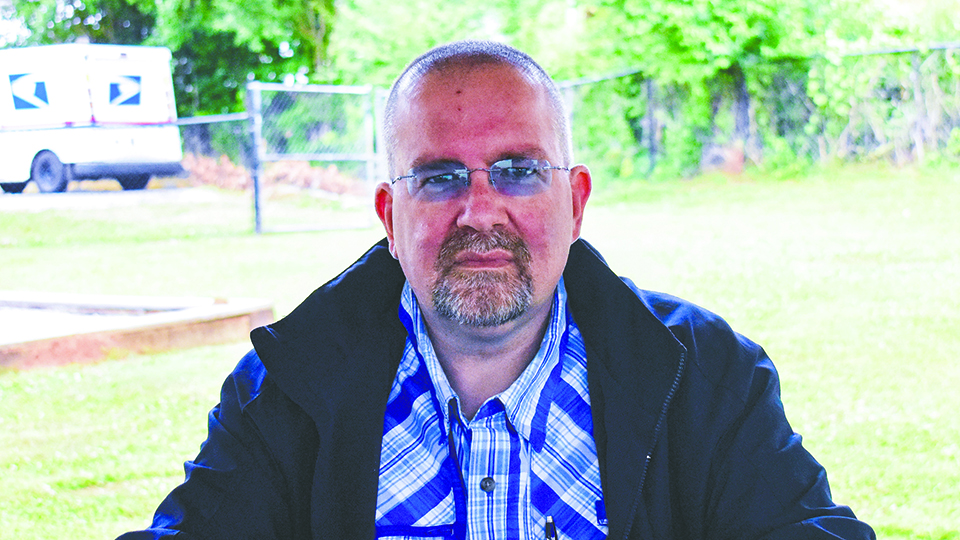 John Prescott, 50, of West Point, spent 13 days in the hospital fighting COVID-19. Three weeks removed from the hospital, Prescott is still struggling to breathe at times, relying on the use of an oxygen tank. — Photo by Dustin Duncan

John Prescott was trimming bushes outside of Long Cane Baptist Church on April 6 when he started developing symptoms of what he thought was a sinus infection.

Due to the pollen in the air and work he was performing, Prescott, 50, who takes allergy medication every day, didn’t think much of it. He didn’t know that would be the start of an almost month-long journey of battling the respiratory illness COVID-19 that at the time had impacted 332,308 in the U.S. and killed more than 9,000 people. At that time in Georgia, there were 7,558 confirmed cases and 294 deaths, and in Troup County, there were 46 confirmed cases and three deaths, including one on April 6.

On Wednesday, April 8, Prescott said he woke up in his West Point home feeling exhausted with barely enough energy to eat and he spent most of the next two days in bed.

On Friday, he scheduled a telehealth visit with a physician and was prescribed an antibiotic. At that point, Prescott said COVID-19 wasn’t on his mind. He knew the virus was spreading throughout the country, but he wasn’t concerned about contracting it himself.

The following Tuesday, Prescott went to his primary doctor and said he was having sinus problems, and he felt like he had an infection. While he was there, the doctor performed a COVID-19 test on him “just to rule it out.”

Prescott said about a minute after the test was finished, he began feeling dizzy and passed out. He woke up about 45 seconds later on the ground, and emergency services had already been called to take him to WellStar West Georgia Medical Center.

“I had no idea what happened,” Prescott said.

He was taken to the emergency room, but after about an hour, he was sent home and was told nothing was wrong. The results of the COVID-19 test weren’t back.

Prescott works in production control at Kia Motors Manufacturing Georgia, where he drives a forklift and loads parts. KMMG was on a shut down during this time, partly due to a scheduled shutdown but also COVID-19. Prescott said his symptoms started to develop while the plant was shut down, and none of the coworkers he works near had the virus.

By April 17, three days after his trip to the emergency room, Prescott, who usually has a hard time sleeping due to rotating shifts at KMMG, kept waking up because he couldn’t catch his breath.

He also said his heart rate was way up, but he felt it would have been due to his atrial fibrillation, which is an irregular heartbeat.

At 5:30 a.m. on April 18, the next morning, he decided to go to the emergency room, and he packed an overnight bag for a couple of days, thinking he would be home by then. His wife drove him to the hospital and said goodbye. They wouldn’t see each other for two weeks.

Once he was seen at the hospital, he was tested for flu and COVID-19. An hour later, he learned he tested positive for COVID-19.

Prescott’s first thoughts were, “hopefully, they got it early, and we can beat this thing.”

“I thought it was a minor deal,” he said. “I didn’t know what it was fixing to turn into.”

He said he had norovirus recently, which is a highly contagious disease similar to food poisoning.

Shortly after being admitted, time starts to get a little foggy for Prescott. He said he was put on oxygen for about a day, and on April 19, there was talk of a ventilator. However, doctors wanted to try another treatment before committing to it. Prescott said he was having trouble breathing, but he didn’t feel like he was drowning.

Doctors tried to give him Tocilizumab, a treatment that is supposed to block the inflammatory protein IL-6 and improves joint pain and swelling caused by rheumatoid arthritis. However, they didn’t feel it was working well enough, and the ventilator was necessary.

Prescott said that was the first time his calm demeanor changed into a bit of worry.

When they incubated him, he said he remembers playing music from his cell phone lying on his chest and closing his eyes.

He said he didn’t know how long he was out at first until looking at his charges from the hospital. He said there was a clock on the wall, and he could see some sunlight out of a window, but he felt like he just took a nap and woke up. 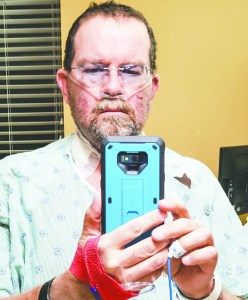 Pictured is Prescott in the hospital after waking up from incubation. — Contributed photo

While awake, but still on the ventilator, he continued to receive texts from family, friends and members of his church, but he said he only had the energy to respond in one-word answers. Even talking on the phone was draining. Prescott said he would lay the phone on his chest and speak through the speakerphone because he didn’t have the energy to hold the device to his ear.

Prescott remained on the ventilator for four more days until he was sent to a private room in the COVID-19 ward on May 28. However, he still wasn’t able to go home because he was still taking five liters of oxygen a day to breathe.

Prescott said the worst part about the final days in the hospital was being confined to the room. He said the television speaker was terrible, Facebook videos became old, and there was nobody to talk to except for the number of nurses and doctors in and out of his room.

He said all of his nurses were great, especially the ones in the ICU.

“I never felt like I was a burden,” Prescott said. “I felt to myself that I was, but they never acted like I was bothering them.”

When he got down to requiring three liters of oxygen, he was told he could go home on May 1. Prescott, who isn’t one for a lot of outward emotion and stayed calm throughout most of his COVID-19 situation, had one word to sum up his feelings.

The hospital set him up with an oxygen tank to take home. Prescott called his wife to pick him up, and he was out of the hospital in a matter of two and a half hours.

Prescott wasn’t tested again for COVID-19 until a week later when his home health nurse give him a test that showed he was negative.

He’s been home for about three weeks, and he’s wearing a mask in public. However, if he’s far away from other people, he takes it off because it’s hard for him to breathe. He carries an oxygen tank in his blue pickup truck in case he needs it. He said it took about three or four days after the hospital to be “somewhat functional.”

“The best thing about being home was being able to take a shower,” he said.

Prescott said the first few days after being home, he would sit outside for 30 minutes at a time, appreciating the outdoors. He said his wife would tell him about the beautiful weather in Troup County during his hospital stay, and all he could do is look out of a window.

He also walks every day. It started slow with a walk to the mailbox, but now, he adds a bit each day. 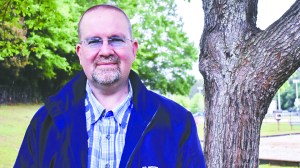 West Point resident John Prescott poses for a photo at Granger Park in LaGrange. He spent 13 days in the hospital after being dianosed with COVID-19 in April. Now, he’s recovering at home but takes an oxygen tank with him on trips to the store and pushes himself to walk a little further each day. — Dustin Duncan

The exhaustion still plays a big factor in his life, even three weeks after discharge.

“I’ve had two or three days where I got up and then sat back down, and that was it,” he said. “I’ve had more better days than bad days, and each day seems to be better.”

He said he’s able to function on his own each day, but he also knows his oxygen tank isn’t far away.

Prescott said he lost about 20 to 25 pounds in four days while on the ventilator, but he never lost his appetite.

Prescott said when COVID-19 first started to wreak havoc on the United States, he said he wasn’t worried.

“I didn’t dismiss it, but I wasn’t worried,” he said. “Not like I might be now. And I’m not saying I’m worried now. I’m just more cautious.”

He said he sees arguments on social media about how the virus isn’t anything worse than the flu or how it could be a hoax, and mostly he stays out of it because he knows he can’t change some people’s minds.

However, for some, he does speak his mind.

“I tell them this ain’t the flu. I tell them, I got it,” Prescott said. “I didn’t take it seriously. I said I didn’t dismiss it, but I didn’t think it was a big deal.”

Prescott also knows he’s fortunate that his situation wasn’t worse, especially having to be on a ventilator.

“This thing isn’t nothing to play with,” he said. “I’m three weeks out … and I’m still dealing with the breathing problems.” 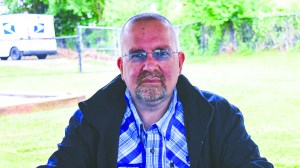 John Prescott, 50, of West Point, spent 13 days in the hospital fighting COVID-19. Three weeks removed from the hospital, Prescott is still struggling to breathe at times, relying on the use of an oxygen tank. — Photo by Dustin Duncan