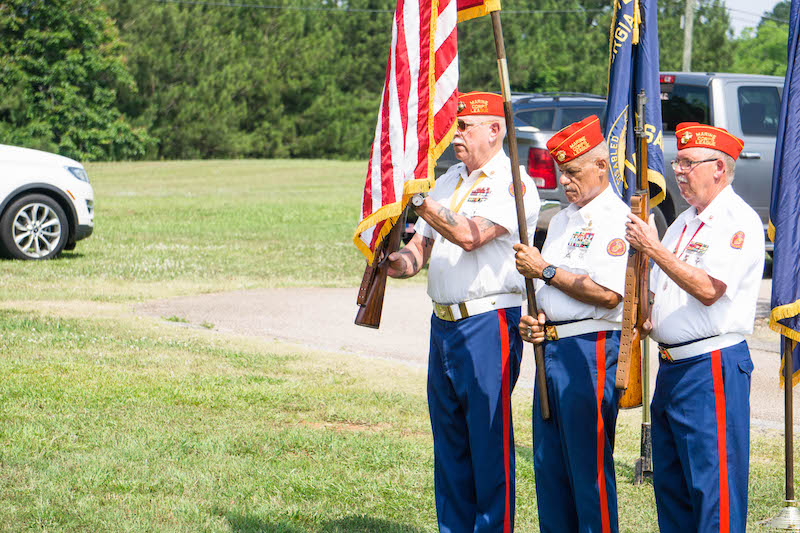 For the first time in more than a decade, the West Georgia Veterans Council will not host its annual Memorial Day service.

According to West Georgia Veterans Council member Bernard Bledsoe, three out of the four WGVC military branches voted to not host one in response to COVID-19 guidelines.

Each year, WGVC has hosted a guest speaker, and hosted a ceremony honoring soldiers who have died while serving in the United States Armed Forces.

Members and their families also put flags on the gravestones of veterans at Shadowlawn Cemetery as a collective event.

“Even though it will not be an event this year to put flags out, members of the Marine Corps League will put flags on veterans (graves) that we know,” Bledsoe said. “We won’t be able to put out all 1,000 flags this year.”

In 2017, the Marine Corps League was renamed from PFC George Eliand Detachment 1040 to the Charles F. Waller detachment 1040, who helped found the detachment.

The Marine Corps League will place a wreath on Waller’s grave as well as Eiland’s grave to honor their time in the service.

“I was disappointed that we aren’t having it as a whole event,” Blesoe said. “There’s plenty of room at the cemetery to practice safe social distancing. I will be out there no matter what, even with the suspected thunderstorm coming in.”

Bledsoe said he wants to to place a flag in honor of any veteran they know. He said they will start at 10:45 Monday morning with their flags.

The City of Hogansville American Legion Post 152 will host its 12th annual Memorial Day ceremony on Monday at 10 a.m.

Even organizer George Bailey said this year the ceremony will still take place, but this year’s will be on Facebook Live from Calvin Hipp Park in Hogansville.

The live stream will be on Hogansville’s Facebook page.

“Memorial Day is important,” Bailey said. “Not the cook outs, not vacationing or gathering but remembering the sacrifice these brave men and woman made at very young ages. When I was in Desert Storm and now a combat veteran, it could have been me to not come back. I’m forever grateful and thankful.”

COVID-19 causes blood shortages as many drives are canceled