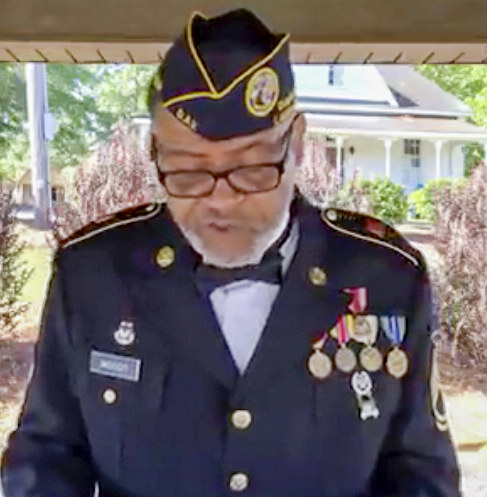 Though it looked a bit different from previous years, the city of Hogansville and American Legion 152 hosted a virtual Memorial Day Service.

The ceremony took place in Calvin Hipp Park, but there were no tents or chairs, only a camera a few veterans addressing a crowd on social media.

“Every year, for over 20 years, we have gathered at this site to pay tribute and homage to those men and women gave the last full measure of their devotion in service of their county,” Hogansville Mayor Bill Stankiewicz said. “We are not going to let something like a pandemic stop us from paying tribute to these brave men and women.” 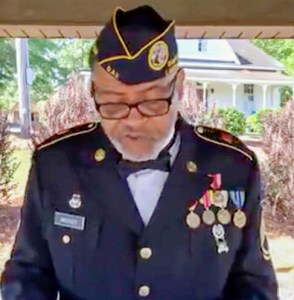 Moody spent most of his speech talking about the men and woman who died throughout the several wars America has been engaged in, and how the current pandemic is a different fight.

“We are in a different kind of a war,” Moody said. “Granted, this is a biological war.”

However, given the current state of the world, Moody said Memorial Day is still a time to remember those who have died to protect America’s freedoms.

Moody said during the United States’ war on terrorism more than 6,900 service members had lost their lives, and the average age of those deaths is 26 years old.

“This Memorial Day we salute of fallen heroes and comrades,” he said.

After Moody’s speech, he was honored with a plaque from the legion and the city.

Bailey closed the ceremony by reminding the public there are still reasons to look ahead. 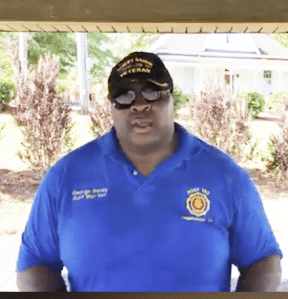 “Even in the midst of a pandemic, we have a lot to be thankful for,” Bailey said. “These men and women gave the ultimate sacrifice — they gave their life. On this Memorial Day, many people are worried about cooking, going to the beach and barbecuing, and there’s nothing wrong with that, but we need to remember those who gave the ultimate sacrifice.”