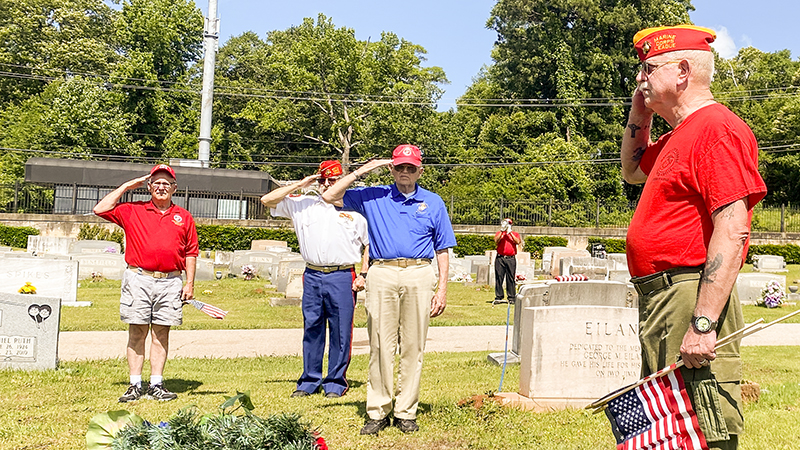 Members of the West Georgia Veterans Council stand at attention Monday afternoon at Shadowlawn Cemetery as “Taps” is played in the background to honor a fallen veteran. — Dustin Duncan

There were no speeches or rows of chairs filled with spectators to honor fallen veterans Monday afternoon.

However, about 20 veterans of the Marine Corps League gathered at Shadowlawn Cemetery in LaGrange to honor past veterans who paid the ultimate sacrifice to defend the rights of United States residents. 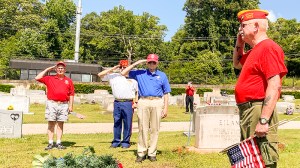 Members of the West Georgia Veterans Council stand at attention Monday afternoon at Shadowlawn Cemetery as “Taps” is played in the background to honor a fallen veteran. — Dustin Duncan

For the first time in more than a decade, the West Georgia Veterans Council did not host its annual Memorial Day service. Members of the council still gathered to place an American flag and wreath at the grave of Charles F. Waller, who helped found the detachment named in his honor.

The marines stood at attention, observing a six-foot rule to practice social distancing. Johnny Griggs played the traditional song “Taps” through a mask, making it obvious the COVID-19 healthcare pandemic played a role in canceling the annual Memorial Day Service. 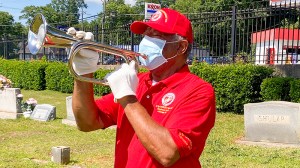 After the veterans concluded a miniature service at Waller’s grave, they moved on to George Eliand, who was the detachment’s former namesake before Waller. A similar service occurred there. Afterward, many of the veterans went on to place flags at the graves of other veterans and families.

West Georgia Veterans Council member Bernard Bledsoe said that 1 percent of the country serves in the armed forces, but they are the individuals most of the time taking the biggest risk. 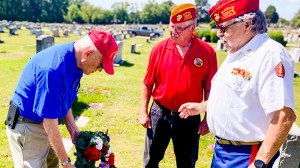 Members of the Marine Corps League places a wreath and flag at a veteran’s grave. — Dustin Duncan

“Most of the time, people don’t know anything about who they are or what they gave up,” Bledsoe said. “Veterans Day and Memorial Day are good times to remind people of it.”

He said it was important not only to honor the individuals who fought in previous wars but also to get a group of veterans together.

“That’s why I was in favor of this,” Bledsoe said. 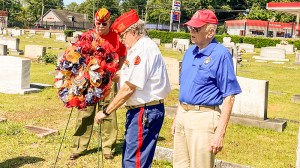 He said he and several others were going to the cemetery Monday, whether the veterans’ council was doing something or not. He said the men and women who attended Monday’s small service were smart and knew how to protect themselves.

“We know each other and knew we could be safe,” Bledsoe said. “That’s why we did this.”

Members of the West Georgia Veterans Council stands at attention Monday afternoon at Shadowlawn Cemetery as “Taps” is played in the background to honor a fallen veteran. — Dustin Duncan