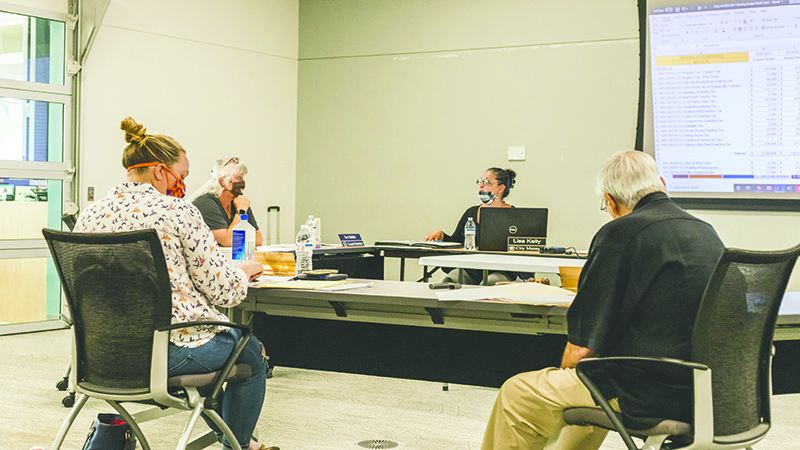 Throughout the next few weeks, the council will review the budget. Additionally, the council said Thursday it wants the new city manager to consider it before any final decisions are made.

The council decided that interviews will begin next week with selected candidates.

The first major topic on the budget was vehicles.

“We have a crucial need for five vehicles,” said Interim City Manager Lisa Kelly. “Now, typically, what we do is we’ll go and vet five vehicles for about $10,000 apiece.”

Kelly said the vehicles they typically purchase have more than 150,000 miles on them and may not be what they need.

“We’ve been talking about this for quite some time on how this would work,” she said. “I got a call and have been working with Enterprise about an operational lease. They are just blowing my mind with everything we could do.”

As opposed to a capital lease for Hogansville’s fleet, which is a lease of equipment that represents ownership and is reflected as an asset, the city would switch to an operation lease.

“With this operational lease, we can go in, and we can say, this is what I need on each vehicle,” Kelly said. “The leased vehicles will be under warranty every second we have them. They go to wherever they need to go to get them fixed, and they don’t cost us anything. All we basically do is oil changes and tires.”

Kelly said doing an operational lease for a fleet of city trucks and cars would cut maintenance costs in half.

If the city decides to go with an operational lease of vehicles, they could auction off the current fleet for an estimated $49,000.

The council also discussed the current millage rate, which hasn’t changed in more than 10 years.

“I am proposing that we leave the mill rate the same at 7.95%,” Kelly said. “The last time it was changed, it was lowered. The good thing is if we raise the mill rate, we can basically equivocally lower the electric rate. I don’t think now is the time to raise that rate, but I think it’s something that we need to seriously begin thinking about so that general fund can start to stand on its own.”

The council discussed bringing the mill rate up next year when it is time to review the budget again.

“Had the coronavirus not happened, and COVID-19 come into play, I would have budgeted for at least 100 new homes,” Kelly said. “We don’t know what is going to happen. We know we have two builders still building and developers on the phone. But are they really going to move forward?”

Instead of building the budget based around 100 new builds, Kelly added 42 new homes due to COVID-19.