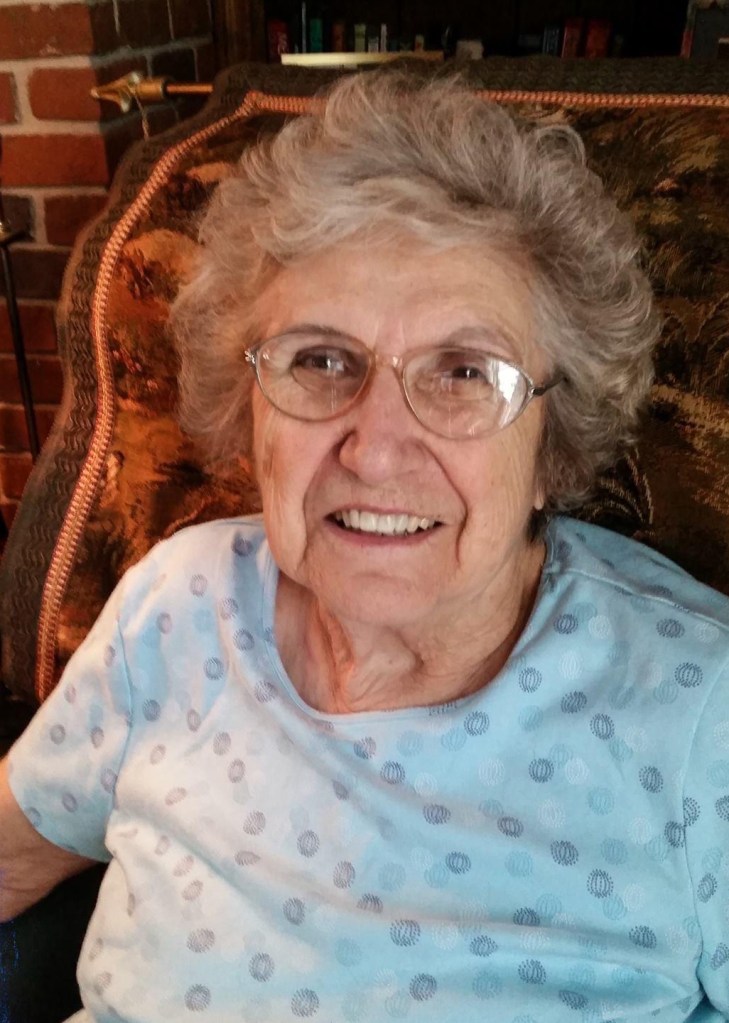 Mary Kathryn Funk, daughter of Eolia and Phillip Zahn, passed away peacefully May 28, 2020, due to the COVID-19 virus. She will be missed by many but will live in our hearts always.

Mary was born in Canton, Ohio, on March 30, 1932. Her family moved to Columbus, Ohio, where she attended Ohio State University, and met and married David L. Funk of West Virginia.

Mary and Dave were wed at King Avenue Methodist Church in Columbus, Ohio, in 1952 and have been married for 68 years. The couple lived a sort of nomadic life because educational, military and ecclesiastical commitments moved them frequently along the Eastern seaboard and Midwestern United States. The couple moved to LaGrange in 1985, where they became members of the First United Methodist Church of LaGrange.

When Mary sent her last child off to kindergarten she returned to college to pursue her dream. Mary earned her Nursing degree from Meramec Community College at Kirkwood, Missouri and as an RN her life was devoted to caring for others. She discovered her passion early on as a Labor and Delivery nurse and through the years brought so much joy into the world with every life delivered.

In lieu of flowers please make donations to the charity of your choice. Cards can be sent to: Elmcroft Assisted Living, Attn: David Funk, 400 Marietta Highway, Roswell, GA 30075