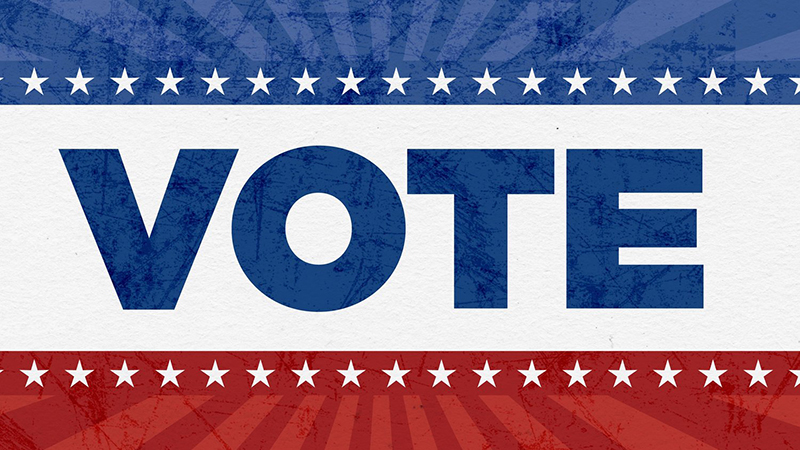 When voters go to the polls on Tuesday in Troup County, they will see a jampacked ballot with many local races.

Locally, races for board of education, sheriff, county commission, probate judge and coroner have dominated discussions, but there are several other statewide and federal races that will be decided.

Here’s a look at everything on the ballot:

In District 2, a new representative is guaranteed to be selected as incumbent Kirk Hancock chose not to run for re-election. Ferrell Blair and Frank Barnes are the choices for that seat.

Like the school board, voters will only see one of the three county commission seats up for grabs if they live in one of those districts.

Also, Republicans and Democrats will see different races on their ballot, as each side has candidates.

In District 2, incumbent Ellis Cadenhead will face Ken Ragan in the Republican primary. Andrew Moody is running unopposed in the Democratic primary.

In District 3, Synda Ogletree and Cora Pleasant are facing off in the Democratic primary. The winner will face Republican incumbent Lewis Davis in the general election. Davis is running unopposed in the primary.

In District 4, incumbent Morris Jones will face Donald Boyd in the Republican primary. The winner will face Democrat Yvonne Lopez in the general election. Lopez is running unopposed in the primary.

Two contested seats will appear on all ballots, as they are for countywide non-partisan races. Incumbent Probate Judge Debbie Wade is facing opposition from Leslie Jones for her seat. Luther Jones, Wesley Leonard and Kyle Lovejoy are vying for the position of Judge of State Court of Troup County.

Incumbent Sandra Heath Taylor is also running as a Republican and unopposed for the position of solicitor general.

The sheriff race will be on both Republican and Democratic ballots, as there are candidates for each. On the Republican side, incumbent sheriff James Woodruff will face Jeremy Bolt in the primary. The winner will face Democrat Ricky Ward, who is running unopposed in the primary.

Several other local races will only show on the Republican ballot, as no Democrats are running for those positions.

They include coroner, where Brandon Adams and Erin Hackley hope to replace Jeff Cook, who is not running for re-election. Tax Commissioner Shane Frailey and Clerk of Superior Court Jackie Taylor are both running as Republicans and unopposed. District Attorney Herb Cranford is also running unopposed as a Republican.

Several statewide representative seats are up for grabs, although only one is contested.

In District 132, incumbent Bob Trammell will face Frederick Manley in the Democratic primary. On the Republican side, David Jenkins and Gene King will face off, with the winners of each primary meeting in the general election.

There are several justice positions on the ballot for the Georgia Supreme Court and the Court of Appeals. Only a few are opposed.

Incumbent Charlie Bethel will have opposition from Elizabeth “Beth” Baskin and incumbent Sarah Hawkins Warren will face Hal Moroz, both for Supreme Court positions. Every other judge position is unopposed, including five in the Coweta Judicial Circuit.

Two Public Service Commissioner seats are available. On the Republican ballot, incumbent Jason Shaw is running opposed and Robert Bryant is unopposed on the Democratic ballot. They’ll meet in the general election. Also, for PSC, incumbent Lauren McDonald is unopposed on the Republican ballot. Daniel Blackman and John Noel will face off in the Democratic primary for a chance to face McDonald in the general election.

For anyone who didn’t already take part in early voting for president before the COVID-19 pandemic, the Democratic ballot will also feature several choices for president. However, all contenders except for Joe Biden have dropped out of the race. Donald Trump is the only choice on the Republican ballot.

Each ballot will also have a list of questions for voters to weigh in on. These questions will not change the law. Instead, they are ways for each party to see what supporters believe on these issues.

There are six on the Democratic ballot:

Should Georgians work to stop climate change and listen to the scientific community, which recommends immediate action to combat this serious threat to our planet?

Should Georgia enact basic standards to protect our environment from wasteful plastic items that pollute our state?

Should every eligible Georgian be allowed to register to vote on Election Day to make sure everyone can exercise their right to vote?

Should Georgia take partisanship out of the redistricting process and have an independent commission draw district lines instead of politicians?

Should our criminal justice system end the discriminatory cash bail system that allows the wealthy to buy their way out of jail while disadvantaging lower-income Georgians?

Should every Georgian that has served their sentence for a crime they committed be allowed to have their voting rights restored?

There are three on the Republican ballot:

Should Georgia lawmakers expand educational options by allowing a student’s state education dollars to follow to the school that best fits their needs, whether that is public, private, magnet, charter, virtual or homeschool?

Should the Republican primary be limited to voters who have registered as Republicans?

Should candidates for Board of Education be required to declare their political party?