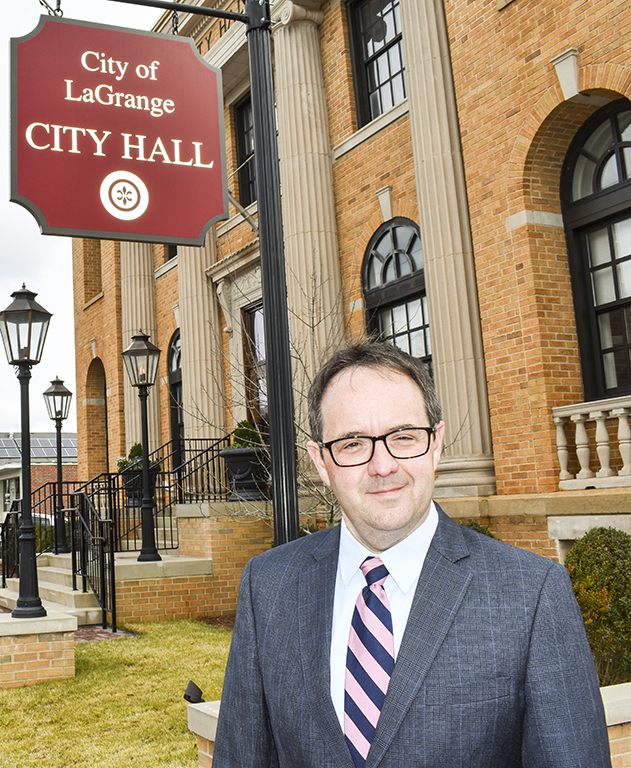 At Tuesday’s LaGrange City Council meeting, Thornton plans to make five recommendations to the council. The mayor does not get a vote on the proposed changes unless there is a tie between council members.

First, Thornton said he would ask the council to pass a hate crime ordinance. He said the ordinance is designed to punish those who engage in criminal conduct that is motivated by racial hatred.

“If somebody commits an existing crime and the prosecutor can prove that crime committed was motivated by race hate, gender hate or religious hate …the prosecutor can ask the judge to increase the penalty that is associated with that crime,” Thornton said.

He said this ordinance would apply mostly to disorderly conduct or damage to property violations.

The mayor is also proposing a non-discrimination ordinance requiring all city employees, agencies and contractors to treat all interactions equally.

“I want there to be an actual adopted ordinance that has the effect of law that says this is how we’re supposed to operate,” Thornton said. “And, I want everybody to acknowledge that that is how we will, in fact, operate.”

One of the more sweeping changes the mayor is proposing is decriminalizing the possession of less than an ounce of marijuana to a civil offense.

“We don’t need to be arresting and booking and making people bond out and go to court and potentially face jail for what are considered by most to be very low-level drug offenses,” Thornton said.

He said if there are other crimes associated with possession of marijuana such as guns, intent to sell or assault, those would be handled accordingly.

The mayor is also calling for more information to be placed at the Confederate Memorial statue on New Franklin Road. The statue was unveiled in 1902 by the Daughters of the Confederacy at the courthouse square, where the Marquis de Lafayette statue is now to the courthouse grounds of Ridley Avenue in 1943. It was then moved to its current spot on Oct. 16, 1978.

Thornton said the statue is protected by state law and cannot be removed, which he would be in favor of, so the proposal called for signage of an informational kiosk to explain its history.

“That would just explain the history of this statute and explain when it was put up, why it was put up and what it represents, but also explains how far we have come as a nation from that Jim Crow segregation era,” he said. “So, we’re just we’re sort of completing the story.”

Thornton’s news release said if the information proposed by him is successful, anybody who sees the statue and signage “will be reminded of the shameful history of slavery, segregation and racism.”

His final suggestion to the council is to create a new full-time position for a community advocate. Thornton said this person would actively look for issues in the community, bring them to public awareness and find ways to address them. The community advocate would review all city policies and actions and how they affect the community. He or she will be a contact for anyone who is suffering because of discrimination or other mistreatment by our institutions.

He said the argument could be made that city officials should be the contact person, but not all officials are available at all times due to other jobs.

Thornton said none of these proposals are something that hasn’t been done elsewhere. He said the city has been working on addressing deep-rooted racism for several years, including the formation of the Racial Trustbuilding Initiative five years ago. However, he said there is much more to do.

“I guess I sort of stepped back and said we hadn’t done enough,” Thornton said. “We’ve made statements, but we haven’t given them the force of law. We’ve just made them as just rhetoric.”

In his news release, Thornton said although words and statements matter, action is needed.

“I’ve been struck by the call that it’s not enough to be non-racist, but that we need to be anti-racist,” he said. “We need to actively root out hatred and racism.”

Councilman Nathan Gaskin, who has been outspoken about racism while seated on council, said the mayor’s policies are going in the right direction.

“Some of them are long overdue,” he said.

Gaskin said he’s in favor of all the policies except for the hiring of a community advocate, adding he feels that’s what the mayor and council were elected to do.

Although Gaskin said he’s in favor of most of the policies, it still doesn’t go far enough.

“What we are not doing is we are not getting at the crux of the real problem,” he said. “We are a culture that has embraced and endorsed and teaches genocide.”

Councilman W.T. Edmondson said these issues are not new in Georgia, and the city is piggybacking on several cities that have adopted similar ordinances.

“I am proud of LaGrange for stepping up and for being one of the smaller cities to, hopefully, adopt these kinds of ordinances,” he said.

Edmondson said most of these issues should already be ordinances in the city. He also recognizes the volatile nature of Confederate statues. He said the statues are offensive to some and like a badge of honor to others.

“It is not that you are trying to do away with the history,” he said. “It is a history that is not reflective of today’s date. Our mindset is not there any longer, and we need to make some statement that this not affect our current way of thinking.”

Edmondson said the city has been talking about similar issues, but it’s time to do something.

“It is a great step in the right direction,” he said. “It actually addresses things we have been sweeping under the rug. You can’t keep sweeping things under the rug. Now is the time to act on those things.”