A man wanted for murder charges in Connecticut was arrested Wednesday following a high-speed chase on Interstate 85.

William Bigaud Jr. was wanted by the Middletown, Connecticut police department for murder, home invasion and risk of injury to a minor, according to a press release from the Troup County Sheriff’s Office.

He’s also charged by TCSO for fleeing/attempting to elude (felony) and fugitive from justice.

“When officers arrived, we had a single victim who was deceased from her injuries,” Desmond said.

Desmond said due to Connecticut domestic violence laws, the relationship between the victim and Bigaud could not be release.

“We can say that he did not live in the home with her,” Desmond said.

The chase occurred around 7:25 p.m. Wednesday after Lt. Nathan Taylor ran the registration of a 2015 Toyota Camry and discovered it was wanted out of Connecticut.

Taylor attempted to conduct a traffic stop on the vehicle near the 13-mile marker southbound, but the driver fled, leading Lt. Taylor and Dep. Jeff Walker on a high-speed vehicle pursuit.

Near mile marker 3 southbound, Lt. Taylor was able to successfully conduct a PIT maneuver, causing the pursuit to come to an end, according to TCSO.

Using a PIT maneuver, Lt. Taylor pulled up next to the fleeing vehicle and nudged it with his police vehicle, forcing the driver to lose control.

Bigaud was taken into custody without further incident.

Desmond said that Georgia was not on MPD’s radar for where Bigaud would be.

“We had a few places on our radar but we don’t know why he was in Georgia,” Desmond said. “He does have a prior in New York where he was acquitted for a murder.”

In 2016, Bigaud was acquitted of an assassination-style slaying in New York.

It is unclear when Bigaud will be transported to Connecticut. 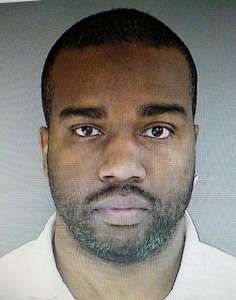 Franklin elected to second term on TCSS board in…