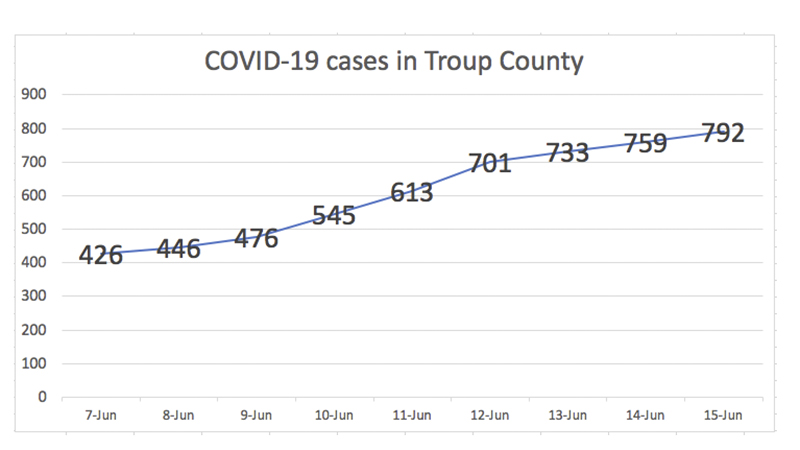 Troup County saw its number of COVID-19 cases continue to rise on Monday, with another 33 new cases, and has been identified as a hot spot nationally for its large increase in new cases.

The Georgia Department of Public Health now lists Troup County at 792 total cases, an increase of 366 since June 7. That number reflects total cases overall, not active cases. Over the last nine days, Troup County has added an average of 40.6 cases per day, according to GDPH numbers.

The total number of deaths stayed at 23, and the number of people hospitalized increased by one to 99.

Just over 1 percent of Troup County residents have had COVID-19, based on the number of cases and the total population.

The New York Times, which has an extensive nationwide tracking website for COVID-19, has identified LaGrange as one of the nation’s hotspots for new cases.

The LaGrange Daily News is talking to local political leaders, health officials and businesses in a story that will publish Wednesday with more information about the spike in cases.