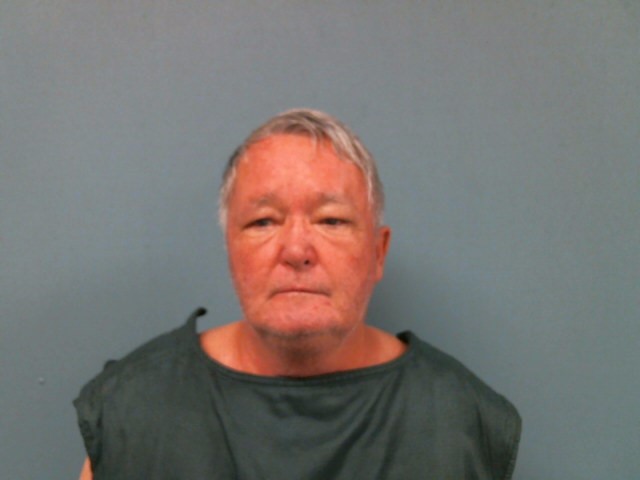 A LaGrange business owner has been arrested for a second time for allegedly assaulting and threatening his wife.

The founder of Cofield Comfort Systems, Luther Cofield, was arrested by the Troup County Sheriff’s Office Tuesday night after pointing a gun at his wife.

According to TCSO, 911 said a female caller told them not to send law enforcement because he would shoot them.

The victim stated that Cofield came within about four feet of her and pointed a 9mm pistol at her forehead and said he would shoot deputies if they came in. She told officers that he walked outside toward the garage following the incident.

The victim stated Cofield then attempted to come back inside, but she locked the doors.  She told officers she did hear one gunshot fired from the other side of the house. The backdoor entering the residence from the garage was shattered with glass on the ground. A metal pipe was discovered next to the door with glass on it.

TCSO said that the victim was able to get outside and walk down the driveway. Upon arrival, deputies met with the victim. She was instructed to stay down at the road while they proceeded up the driveway to the residence.

Cofield proceeded to walk back toward deputies with the gun. According to TCSO, he eventually put the gun down and was handcuffed.

Cofield was charged with aggravated assault, interference with a 911 call and simple battery.

In December 2019, arrived to the Cofield home after receiving a phone call from his wife stating that he had been drinking all night long, and that he had hit her in the face. Deputies arrested Cofield for two counts of simple battery (FVA) and one count of simple battery on a police officer.

Residents flock to county jail to ask questions about…