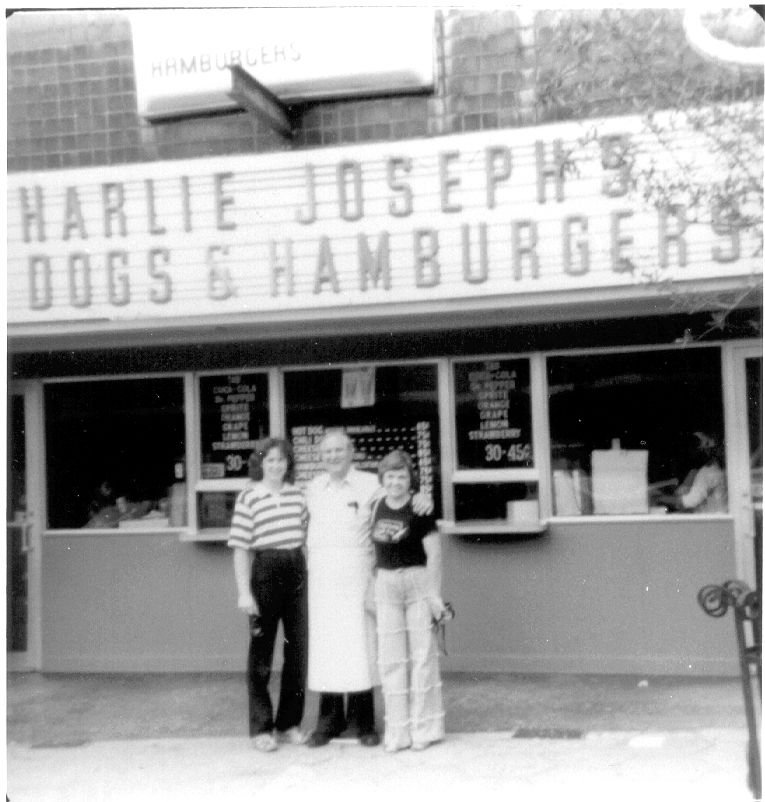 In the 1920s, Charlie Joseph migrated to LaGrange, where he started one of the biggest staples in the community. On Saturday, Charlie Joseph’s, the restaurant, will celebrate 100 years in LaGrange.

Originally, the Charlie Joseph’s restaurant was serving up its famous hot dogs on Main street until 1946. At that time, Charlie Joseph moved the establishment one street over to Bull Street where the oldest location is today.

Charlie Joseph passed away suddenly a few weeks after the restaurant location was moved, and the ownership was changed to Solomon Joseph, Charlie Joseph’s son.

“My uncle [Solomon] sold it to me in 1985,” owner Joey Keeth said in a previous interview. “About seven years later, we built the one on West Point Road. A few years later, I sold the original location to my oldest son [Steven].”

Steven is the fourth generation in the family to come through the LaGrange staple.

“On Saturday, we are going to be giving out wooden nickels with our logo on it,” Steven said. “When I was a kid, those were pretty neat to have, and we have saved some over the years. People can keep them as a souvenir or you can come back at a later date to get a free hot dog or hamburger.”

Joey has worked at Charlie Joseph’s for more than 40 years.

The restaurant, known for its “world’s best hot dogs and hamburgers,” has never left the family.

“We have only changed hands four times,” Joey said. “My oldest son has been working at the other location since he was 12 years old. He’s been there for a minute and knows what he is doing, so we let him go with it.”

Joey said the restaurant has become a LaGrange staple because not only was it one of the first restaurants in the community but because they treat people the right way.

“We treat them like we want to be treated,” Joey said. “We go the extra step. We go above and beyond to make people feel happy when they’re in here.”

Joey said that Charlie Joseph’s employees stay with them for years.

“Not only is the food great but the help is great too,” Joey said. “Right now, combined with both stores, we have over 180 years of workers who have been with us.”

Steven said the community has always supported the family business.

“It has been an honor,” Steven said. “I grew up here. I was raised here. It’s been an honor to be able to try to make a difference in other people’s life.”

Steven said they strive every day to make someone smile, laugh or feel at home.

The restaurant’s famous hot dog has not changed since first opening in the 1920s.

“The hot dog got so famous because we kept sticking around and doing the same old, same old day after day, year after year,” Joey said.

In June, Charlie Joseph’s on Bull Street will celebrate 100 years in LaGrange.

“That is what I have been living for,” Joey said. “I knew I would have seen it in my lifetime. It’s just a matter of keeping it going and doing what we needed to do. We knew we’d get there.”

For years, generations of families have brought their families to dine in at Charlie Joseph’s.

“We’ve got customers who are now granddaddies and grandmothers who were just babies when they first came,” Joey said. “Now, they are bringing their families and keeping the tradition alive. It is just a beautiful thing.”

“And probably all of Georgia,” Johnson said. “They make the world’s best hamburgers and hot dogs. Along with a few other things.”

Johnson said the decedents of Charlie Joseph has not forgotten the foundation of what the restaurant was founded on.