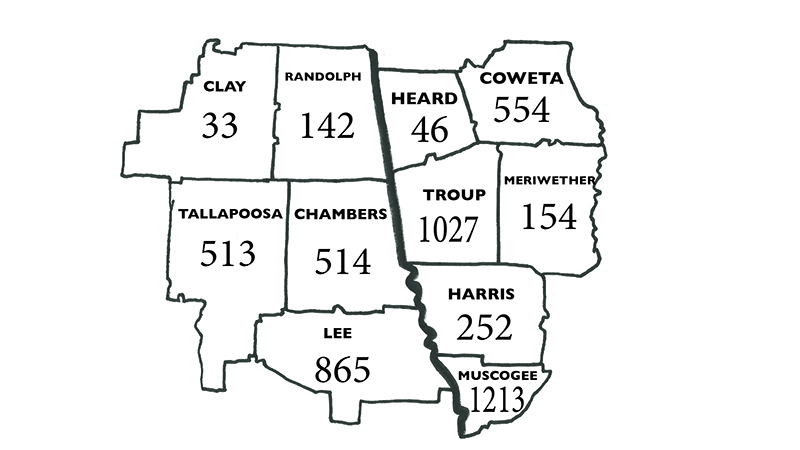 Troup County now has more than 1,000 COVID-19 cases, a number that seemed almost unthinkable a few weeks ago.

Troup County has had 1,027 total cases of COVID-19, according to Monday’s update from the Georgia Department of Public Health.

That’s an increase of 49 total cases from Sunday’s update.

A total of 28 people have died from complications related to COVID-19 in Troup County, which is two additional from Sunday’s update.

“This is very disturbing. The last ten days have been a worst-case scenario for COVID spread,” said LaGrange Mayor Jim Thornton. “We are begging local residents to remember how serious this virus is and how important social distancing remains.”

The youngest person to die in Troup County was a 32-year-old male.

The average age of people who have died in Troup County is 58 years old.

GDPH does not list the age of residents over 90 and instead uses 90+. The LDN used “90” as the age for each of those individuals when factoring the average age.

Seventeen of the 28 deaths have occurred in people with an underlying condition, and possibly more. GDPH lists “unknown” on whether eight of the individuals had a comorbidity.

A total of 21 females have died of the virus and seven males.

Here’s information on the COVID-19 related deaths in Troup County: