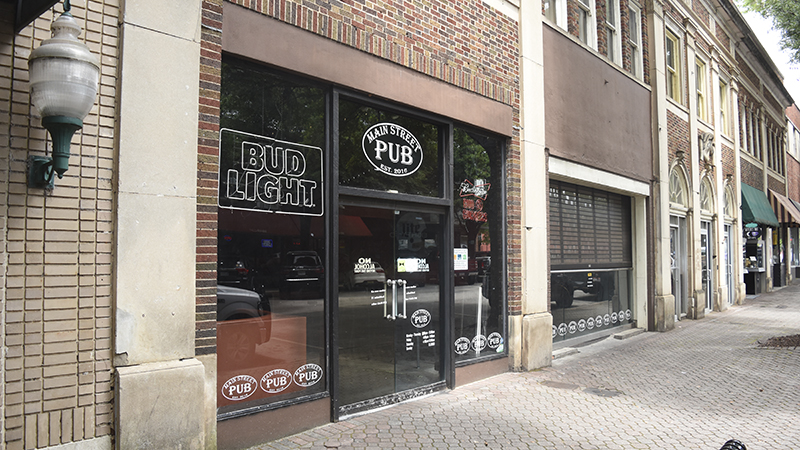 A seven-month, joint investigation at the Main Street Pub, located at 120 Main Street in LaGrange, resulted in seven arrests for violation of the Georgia Controlled Substances Act.

According to a press release from the Georgia Bureau of Investigation, undercover drug purchases occurred inside the Main Street Pub and involved employees and patrons of the business.

The seven people arrested were the following:

The investigation was conducted by the LaGrange Police Department and the GBI West Metro Regional Drug Enforcement Office and wrapped up on June 11.

“There were numerous complaints from people [going to] the locations and other businesses uptown of drug interactions taking place inside the bars and around the bars during hours of operation and after hours,” said Sgt. Mark Cavender with the LaGrange Police Department. “I reached out to GBI West Metro for their assistance in this matter.”

“Over the span of a couple months, they were able to make numerous purchases of cocaine and pills and other drugs,” Cavender said.

Terry Sweatt, one of the co-owners of Main Street Pub, said he was completely surprised by the investigation and the arrests.

“I didn’t have a clue it was going on like that,” Terry said. “Drugs are everywhere but I didn’t realize they were being sold out of the business, but we are definitely going to try to clean up. And we need to help with the police department as well.”

Terry said he first found out about the investigation on Thursday when an employee was arrested. Of the seven people arrested, only Chris Sweatt, who is Terry’s son, is an employee. Terry said an additional former employee may be arrested in the days ahead.

Terry said it’s impossible to know everything going on inside the business at one time since there’s no way to have eyes on every customer and every employee at all times, but he said the Pub will do all it can to stop this type of illegal activity from happening.

“I’m flabbergasted. I’m at a loss for words,” Terry said. “We are trying to run a respectable business, and we can’t control what other people do, other than their actions inside the bar. You aren’t going to see a drug deal go on.”

Terry said there are seven employees at the Main Street Pub. He said if he’d found out any employee was involved, that person would no longer be employed at the restaurant.

“That’s not something I put up with,” Terry said of the drug arrests. “I don’t approve of it. I’ll be honest with you, I’m just shocked.”

Cavender said the LPD, GBI and other law enforcement agencies aren’t going to sit idly by and let drugs be sold in their downtown area and bars.

“My message to anyone who owns a bar here in the city of LaGrange is we have tried to work closely with our bar owners … who allow our community to have a place to partake in alcohol or after-hour entertainment,” Cavender said. “The business owners have to understand and be aware that they are responsible for their business, and they are responsible for what’s going on in their business. And that applies to the drug issue but it also applies to the sale of alcohol to underage kids or allowing intoxicated patrons to come from one bar to the next. Over my years working in the Special Investigations Unit, I can’t tell you the times I’ve seen bar owners, bar managers, bar employees get in trouble because they try to take shortcuts and allow things to take place for the sake of making a buck.”

Cavender also thanked the GBI for its assistance in the investigation.

“They always support us when we ask for assistance,” Cavender said.

LHS students receive a grant to kickstart their careers