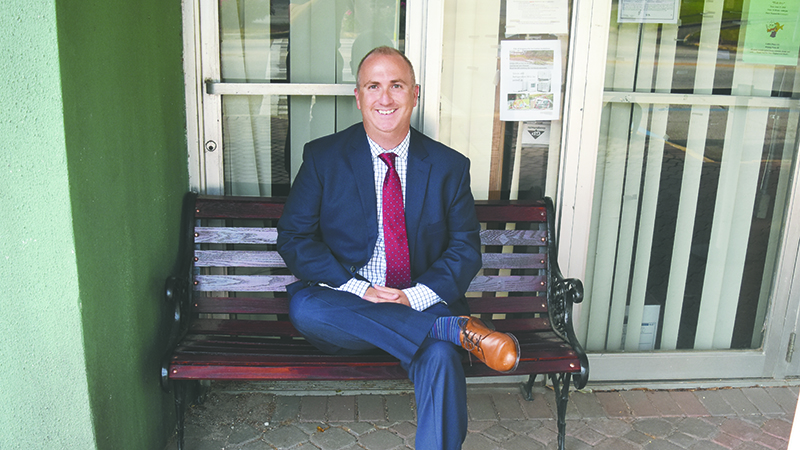 The City of Hogansville has hired a new city manager.

During Monday night’s city council meeting, Hogansville made it official, as they hired Jonathan Lynn the city’s new manager. Previously, the city had named Lynn as the finalist and said they were negotiating with him to take the position.

Other than the last year, when he served as a county administrator in Surry County, Virginia, Lynn had lived in Georgia his whole life.

“My mom grew up in Hogansville. She has told me stories and has fond memories. You don’t usually get to do your actual profession somewhere you have a personal connection to,” Lynn said. “It was open at the right time, and it’s a been a process.”

During Monday’s council meeting, the only other agenda item was to approve the budget, which passed by a 3-0 vote. Lynn said it was great to start on a day when the next fiscal year’s budget was approved.

“I’ve got a brand new budget to work with,” Lynn said. “I didn’t come in in the middle of a cycle.”

As far as first steps are concerned, Lynn said he’s first got to learn what he doesn’t know. Then, he’ll meet new people, learn about ongoing projects and move on from there.

“The first thing anyone wants to do in a position like this is you’ve got to recognize you don’t know what you don’t know,” Lynn said. “You are somewhere new but you have a fresh set of eyes. You get to know staff, you understand the day to day processes. You understand how your elected officials want to be communicated with, what information gets shared, how meetings get set up, where you are in processes and what projects are already started that you have to take over. That will probably take six months and then from there, you get an idea of where the mayor and council want to go, what projects they want to see and how you get to those projects.”

In Lynn’s last job, he was the county administrator in Surry County, Virginia from March 2019-February 2020.

He said he was asked to resign following an election where the Surry County Board of Supervisors saw new members elected.

He’s also served as the town manager for Tyrone, Georgia, a position he held from June 2017-October 2018.

Before that, he was the community and development services director for the city of Douglasville.

He has a bachelor of arts degree and master of public administration from Georgia Southern University.

Lynn’s first day on the job is Wednesday.