Troup County Jail has 68 inmates with COVID-19, one hospitalized 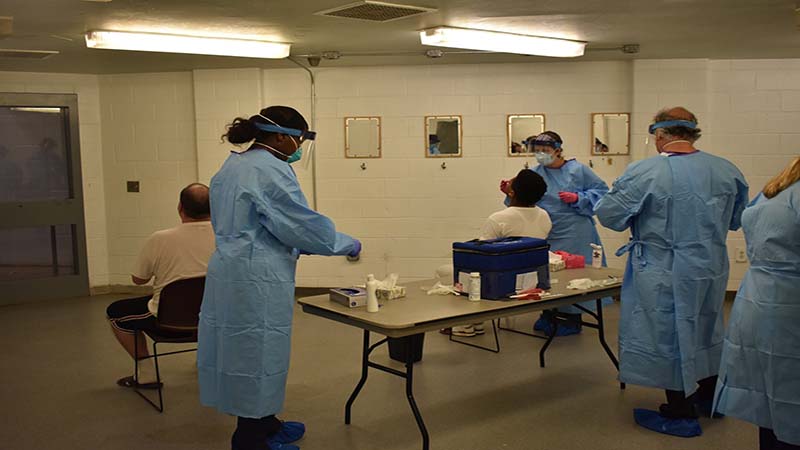 The Troup County Jail currently has 68 inmates in its facility with COVID-19 and another is hospitalized in stable condition.

The Troup County Sheriff’s Office sent out its weekly COVID-19 jail report on Tuesday, which showed 68 of the 356 inmates at the jail have COVID-19. Last week, there were 71 inmates at the jail who had tested positive for COVID-19 following a facility-wide test given by the Georgia Department of Public Health.

The report says the inmate in the hospital is receiving additional treatment.

Sgt. Stewart Smith, public information officer with the TCSO, said the lower number of cases this week is due to inmates being released from custody and some inmates being finished with their 21-day isolation period.

He said no tests have been given out in the last week, as no additional inmates have been symptomatic. Smith said the TCSO continues screening as new people are brought into the jail.

The TCSO medical team has testing kits available for if and when an inmate needs to be tested, and the plan is to test symptomatic individuals moving forward.

Smith said there are no current plans for another mass test of the facility.