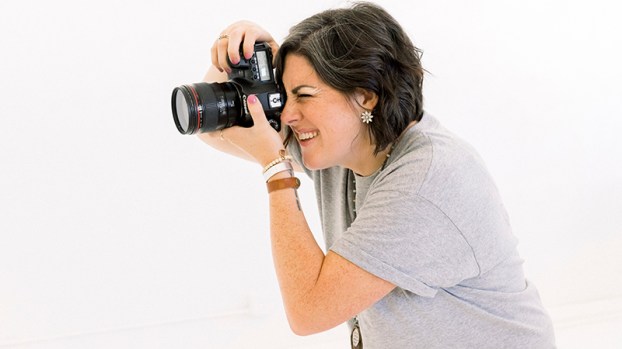 Since she was 19, Jess Henderson has had a passion of serving her community from behind a camera lens.

When it came time for Henderson, her family and her photography business Main Street Photo Company to relocate from Colorado, she chose Hogansville.

“All of our friends are in Hogansville, so it was a no brainer to move back to where a community was already built,” Henderson said. “I’ve been a wedding photographer for over 10 years. You kind of always run into the question, ‘oh, where do you take pictures?’ You don’t necessarily want something not contemporary, so we decided to build this base, and I opened up a studio on Main Street.”

After major renovations, the studio now has wide windows, tall white walls and lots of light shining in, which will provide an open space for anyone to come in and have a memory captured.

“I’m excited because it’s all natural light, which is a photographer’s dream,” Henderson said. “Hogansville is one of the cutest little towns that people don’t know a lot about, and it continues to grow, which is amazing. I’m happy to be a part of it right now while there’s still room for other businesses. There’s also a lot of exciting energy right now with all the new businesses that have come in in the last year.”

“I think what’s nice about the studio environment is there will never be that many people in there,” Henderson said.

“If people are nervous about getting their photo taken but still want to document memories, then this is the perfect place to do it knowing that it’s going to be sanitized and cleaned after every session, and I’ll be more than six feet away.”

Henderson said she believes everyone still deserves to have photos taken, even in the midst of a pandemic.

“I think this studio gives a good option right now for people who are wanting photos but aren’t sure what that looks like in the midst of everything,” Henderson said. “We have a nice, clean space to come into and get a nice photo taken. I just did a session with confetti, and it was all over the floor and I knew this definitely going to be a set for birthday photos. It’s such a great option without having to worry about being around a ton of people.”

Henderson is also partnering with other local photographers to bring their clients to Main Street Photo Company to rent for $50 an hour.

For more information about Main Street Photo Company or to book a session, email hello@mainstreetphotocompany.com.

U.S. Senator Kelly Loeffler, who is running for re-election, spoke at Lafayette Square on Thursday morning, campaigning for votes as... read more