Man killed on Wright Street, another airlifted for gunshot wound 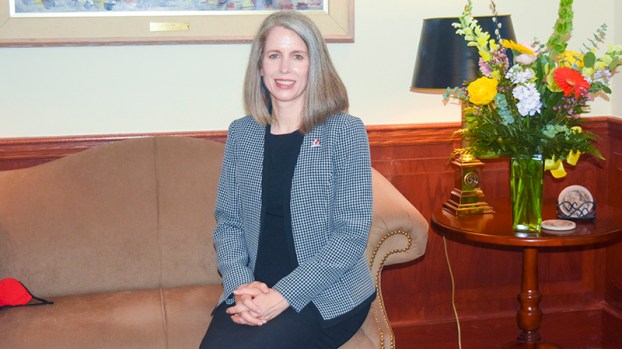 But Baxter isn’t taking over during normal times. The new president has taken on the position in the midst of a worldwide pandemic, and, as expected, has spent time in her first few weeks on the job preparing for students to safely return back to campus.

“I’m honored and humbled to be here,” Baxter said. “I have spent most of my days in meetings with individuals learning, listening and trying to put the pieces of the puzzle together in my brain to get the full picture of LaGrange.”

Baxter is the second female president of LaGrange College, and she’s the first in 100 years. The last was Daisy Davies, who took over her position in 1915 in the midst of the Spanish Flu and guided the college through difficult times.

“I think it’s an interesting tidbit. I wondered about the cosmic joke of two women [presidents] and both in a pandemic,” Baxter said. “What I really want to be remembered for is shepherding this institution through this crisis and not having been an individual who happens to wear a skirt.”

Baxter said LaGrange College’s affiliation with the Methodist church was important to her. She graduated from Pfeiffer University, a Methodist college in North Carolina, and her father is a Methodist minister.

“I felt like it aligned with me,” Baxter said. “So, that’s why LaGrange. The location, the services and what is provided in LaGrange is spectacular. And all of that just made this a dream fit.”

Baxter graduated with a degree in Christian education and religion from Pfeiffer and holds a master’s in education in general administrative leadership and a doctorate in higher education leadership and policy from Vanderbilt University. She went on to become director of residence life and intramural activities at Barton College in North Carolina and was later named dean of students there.

Baxter joined the Tennessee Independent Colleges and Universities Association as head of member services and grants in 2000. She was named chief operating officer in 2007.

In 2010, Baxter moved to the Georgia Independent Colleges Association, where she worked to advance the cause of independent higher education with state and national leaders.

“In spite of all of this,” Baxter said, referencing COVID-19, “the future is bright for the college. Dan McAlexander did a wonderful job with the institution and the board is engaged and plugged in. So, I’m really excited about a post-COVID world for the college and what it means.”

Baxter said the college has worked on an extensive back-to-school plan with District 4 Public Health and faculty members, and is following the Center for Disease Control guidance to ensure students can safely attend class and live on campus.

The college announced earlier this summer that every student would need to have proof of a negative COVID-19 test before returning to the campus this fall. She said there are concerns about how long it’s taking to get some test results, and the college is sensitive to that as they work through how to handle students returning to campus.

As part of the plan, Baxter said some smaller classrooms will not be used at all this semester, while some larger rooms will be used more than usual. Every person on campus is required to wear a mask, even in a classroom where students are socially distanced.

Baxter is leading that cause by example. She said Thursday that she’d been in meeting after meeting and had been wearing her mask for approximately six hours straight.

She said if every student in a class isn’t able to fit in a classroom and socially distance, the class will be broken into cohorts. For one of the two class days a week, half of the class would attend in person, while the other would take part remotely. On the next day of class, each cohort would flip so that those who took the class virtually earlier in the week can attend in person.

Baxter said CARES Act funding helped pay for cameras to livestream courses for students who can’t take part in-person. According to its website, the college received a total of $1,074,446 in CARES funding.

“I think that’s the most difficult part for me as a human, let alone a president, is just the uncertainty of this time,” she said. “We all feel probably like we’re standing on sand. And you finally calibrate and then something changes. What I’m pleased with is what I’ve observed since July 1 is we’re able to recalibrate. We’ve got good people that are smart thinking it through.”

Baxter said the college is prepared if a student starts showing symptoms or is awaiting a COVID-19 test. She said a residence hall has been devoted to quarantine space and a virtual check-up will take place with nurses.

“If a student comes down with symptoms or gets tested and is waiting on results, that student will go to that home and services will be provided directly to the student,” Baxter said.

The college has already postponed its 2020 commencement ceremony, which had been rescheduled for homecoming weekend in the fall. Baxter said they still want to do something to recognize those graduates when it’s safe, even if only a small number are able to participate.

Baxter is married to her husband, Mark, and they have two children, Inman, 12, and Wade, 7. The president’s house needed some repairs, but the Baxters are slowly but surely moving in and will be full-time residents by August.

“Mark and I really feel like we won the lottery coming here,” she said.

Since she was 19, Jess Henderson has had a passion of serving her community from behind a camera lens. When... read more