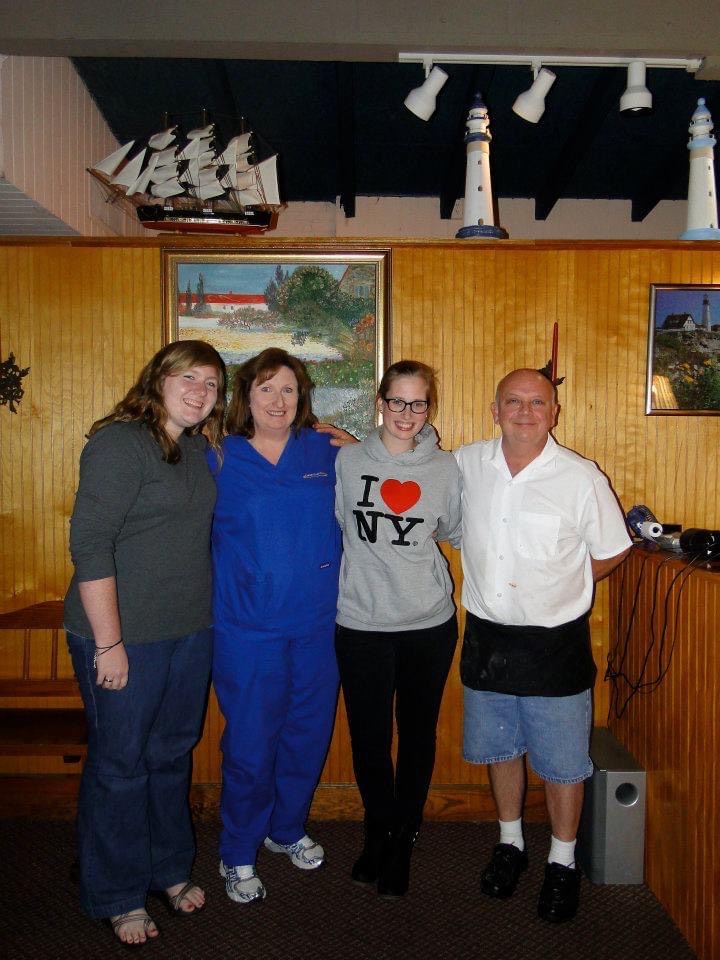 For more than a decade, Captain’s Cove owner Steve Whited has been serving LaGrange his well-known seafood and steak meals.

However, Whited has been diagnosed with cancer, and the family has made the difficult decision to close the restaurant.

“We had no idea, and it was so unexpected,” said Allison McClendon, Whited’s step-daughter. “He’s just not able to physically maintain and run the restaurant at this point. We didn’t have another option but to close.”

In the past month, the family has spent time selling everything in the restaurant to help pay for medical bills.

A bike and jeep ride and car show to benefit the family will be Saturday, Aug. 15 at the Richard English Building on Lafayette Parkway. Registration will be held from 9 a.m. to 10:30 a.m., and the ride begins at 11 a.m.

“As a family, we would like to thank all of our customers for their years of support at Captain’s Cove,” McClendon said. “We are thankful that so many of you chose to share not only your day-to-day by spending your lunch break or bringing your family for dinner but also chose to share in momentous occasions, whether it be birthdays, anniversaries, rehearsal dinners, family gatherings after a funeral, or high school reunions. We are thankful for our customers who became more like family. Thank you for trusting us to serve your families since 2005. We will surely miss seeing you all and can never thank you for the years of support and all of the prayers and encouragement we have felt since receiving the cancer diagnosis and being unable to reopen our doors since the end of April.”

McClendon said she could still remember when her parents opened restaurant when she was just a teenager.

“Both of my parents poured every ounce of energy they had into getting the restaurant ready to open — from pressure washing ceilings, to hanging curtains on all of the windows, which are numerous. They have continued to that same level of energy into running the restaurant since 2005,” McClendon said. “For 15 years, I have seen my parents hire many people who quickly became more than employees. The restaurant family really was just that — a family. My parents made sure all of the employees felt cared for. When I was in school in Auburn, my parents did not miss an opportunity to invite my friends and me to come to town for dinner. It quickly became a tradition that at the beginning of each semester, my friends and I, along with new students at Auburn, would drive the 40 minutes to have dinner at Captain’s Cove.”

For the past 15 years, Susanne Holloway has worked for the family starting out as a dishwasher and moving up to grill chef.

“That man has been more than just a boss to me, he’s been a father figure, a friend and during those 15 years he became family,” Holloway said. “If he was ever hard on you, take it in a good way; he was able to see the potential in you when you weren’t able to see it in yourself. It was an honor to be able to work for him as long as I did. My family is sure going to miss his food.”

Whited was known to take his employees under his wing as part of the family.

“Captain’s Cove was not just a restaurant; it was family. Steve was the glue that held everything together,” said an employee, Mandy Robinson. “I learned a lot from Steve. Not only was he a great business owner, but he was also a great friend and mentor. People kept coming back for good food and a great atmosphere. Steve took pride in his business.”

McClendon said that even though their family is going through trying times, the community has been there every step of the way.

“We’ve had an outpouring of people just offering us encouragement, which has really meant a lot,” McClendon said.

“I am so thankful for the community Captain’s Cove brought into my life. Since we received Steve’s cancer diagnosis, we have felt more love and support from our customers than we can even comprehend.”