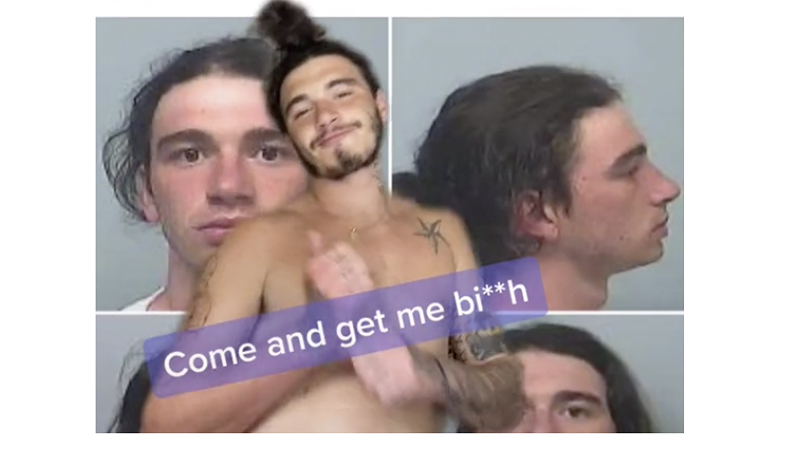 EDITOR’S NOTE:  The video below includes vulgar language in the audio. It may not be safe for work.

William Reeves Durga, 21, posted a video on TikTok Tuesday afternoon that now has more than 2.5 million views, 600,000 likes and 30,000 shares. The video shows a screenshot of a Facebook post from the LaGrange Police Department asking for information on Reeves’ whereabouts.

Durga appears on the video dancing with the caption, “come get me bi**h.”

According to LPD officer Chris Pritchett, Durga is wanted for his involvement with a seven-month undercover investigation at the Main Street Pub that resulted in seven arrests for Violation of the Georgia Controlled Substances Act. According to a previous press release from Georgia Bureau of Investigations, undercover drug purchases originated and occurred inside the Main Street Pub and involved employees and patrons of the business.

Pritchett said they cannot release any other information about Durga’s involvement in the case at this time.

The LaGrange Daily News reached out to Durga via TikTok and received the following response:

“Honestly, I’m not wanting to turn myself into Troup County Jail,” Durga said. “It is so nasty and full of coronavirus. They haven’t been doing the necessary things to keep it contained. It’s beyond overcrowded, nobody gets a court date, it’s just wrong how the inmates are treated. I haven’t been running, they never came to my house or anything. They straight blasted me on social media, so, I did it back.”

Since posting on TikTok and going viral, Durga has posted two other videos with what looks to be a friend and his sister.

As of Wednesday afternoon, Durga’s TikTok account @lildvrtyy has more than 15,000 followers. His latest two videos were also reaching thousands of likes and comments.