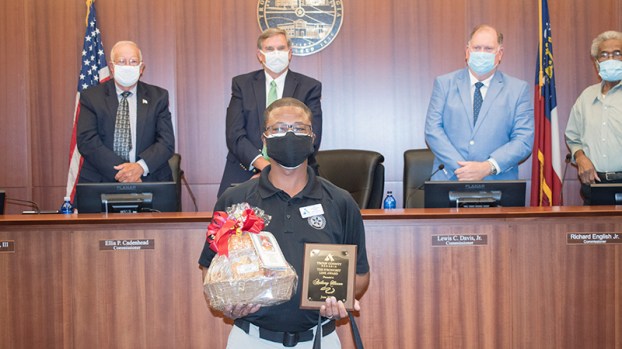 A tentative allocation of $1.33 million in federal funds was unanimously approved for LaGrange Callaway Airport. Due to the Coronavirus Aid, Relief and Economic Security Act, the county is not required to match the funds, which typically might require a 5 to 10% match. The money will be used to repay the county for a loan that is being used to extend the runway, which will allow larger shipping planes to land there.

The commission also discussed, but did not vote on, moving forward with a proof of concept to enhance recreational facilities at Pyne Road Park. The county must first establish a memorandum of understanding with the Troup County Economic Development Authority, which in turn can work with the U.S. Army Corps of Engineers, the lessor of the park, to explore the idea.

“One of the things that we’ve continued to hear again and again is, if you don’t have a boat, and you don’t live on the lake, it’s very hard to access the lake,” County Manager Eric Mosley told commissioners. “We want the everyday person to have the opportunity where they can access West Point Lake, which is one of the treasures of Troup County.”

Anthony Hixson, a 13-year county employee, was given the Strongest Link Award, which is given to an “employee who has demonstrated excellent performance, productivity, loyalty professional pride and other accomplishments.”

Hixson is a detention officer and agency chaplain for the Troup County Sheriff’s Office.

The commission also used a new touchscreen voting system that shows each commissioner’s vote on TV screens in the chamber. The commission said that is an effort to increase transparency and more clearly show how commissioners voted.

Unanimous approval of approximately $68,000 in county funds to be allocated to county Accountability Courts, matching $612,000 in state grants

Affirmation and approval of the countywide millage rate and the Troup County School System millage rate for fiscal year 2021, neither of which changed from the previous year