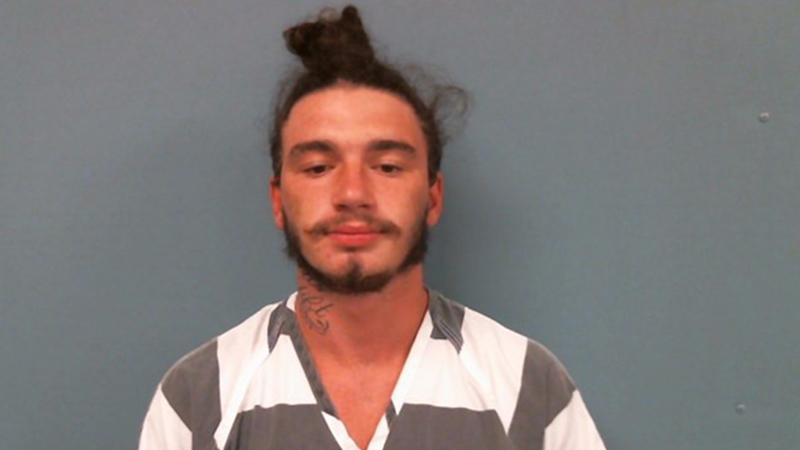 A wanted man who taunted LaGrange policers officers on TikTok has been arrested.

The LPD posted on social media Friday that William Reeves Durga, 21, was in custody, and said his TikTok videos played a role in officers locating him. Durga posted a viral TikTok video on Tuesday afternoon that now has more than 3 million views. The video shows a screenshot of a Facebook post from the LaGrange Police Department asking for information on Reeves’ whereabouts.

Durga appears on the video dancing with the caption, “come get me bi**h.”

“With his TikTok videos specifically, they created a wealth of new tips, which ultimately led to his arrest,” said Det. Adam Blane with the West Metro Regional Drug Enforcement Office. Blane said Durga was located at a house on Youngs Mill Road. Officers surveilled it, and once they determined he was in the house, LaGrange police officers, Troup County sheriff’s deputies and other officers from the West Metro Regional Drug Enforcement Office arrested him without incident.

“The LPD and the GBI would like to thank the public’s assistance with his apprehension,” the LPD posted Friday on Facebook. “Without Mr. Durga’s viral TikTok video, we would not have received the amount of tips and information that ultimately led to his arrest.”

According to LPD officer Chris Pritchett, Durga was wanted for his involvement with a seven-month undercover investigation at Main Street Pub. Seven people had already been arrested in that case for Violation of the Georgia Controlled Substances Act. According to a previous press release from Georgia Bureau of Investigations, undercover drug purchases originated and occurred inside the Main Street Pub and involved employees and patrons of the business.

The LaGrange Daily News reached out to Durga Wednesday via TikTok and had received the following response:

“Honestly, I’m not wanting to turn myself into Troup County Jail,” Durga said.

“It is so nasty and full of coronavirus. They haven’t been doing the necessary things to keep it contained. It’s beyond overcrowded, nobody gets a court date, it’s just wrong how the inmates are treated. I haven’t been running, they never came to my house or anything. They straight blasted me on social media, so, I did it back.”

Durga is listed in the Troup County Jail with charges for use of a communication device to facilitate a drug transaction and VGSCA — cocaine sales with intent to distribute.

Blane said nine total individuals have been arrested in the drug investigation, and he said other arrests are expected.

Hogansville man arrested twice in a week in regard…