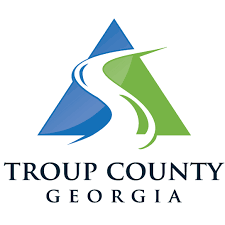 During its Tuesday meeting, the Troup County Board of Commissioners approved the construction of a 400-foot cell tower on New Franklin Road on a 36-acre parcel in the northern part of the county.

The tower, which will be built by Southern Company subsidiary Southern Linc, will fill coverage gaps in the area and be part of Georgia Power’s smart grid.

Commissioners unanimously approved plans for the tower, though Morris Jones recused himself because he is a part-owner of the property.

Community Development Director Jay Anderson said Troup County E-911 equipment will also be installed on the tower to improve coverage for 911 calls in the area.

Also during Tuesday’s meeting, the Strongest Link Award, given to a county employee who demonstrates excellent performance, was given to Johnny Houser, a maintenance technician in the maintenance department.

Board of Commission Chairman Patrick Crews reminded the audience about the 2020 census, emphasizing the importance of getting a “good head count,” as census data is used to determine representation in state and national government, as well as funding allocations.

A proposal to rezone a 9-acre residential parcel on Old Hutchinson Road to general commercial was unanimously approved. Owner Craig Winter plans to open an outdoor laser tag business on the property.

Special-use permits allow owners to use their property for short-term rentals. Commissioner Lewis Davis asked if the county’s process of review, board approval and business licensing for short-term vacation rentals was typical in Georgia. County Planner Erin Johnson said she had not reviewed all other Georgia counties, but said that based on conversations with other planners from around the state, the majority of counties do not require planning approval for vacation rentals.

“It doesn’t seem like it’s coming from a place of ‘We don’t think it’s necessary’ … a lot of jurisdictions just don’t know how to handle it,” Johnson said of governments regulating vacation rentals. “Throughout the state, it’s a little bit of a mess as far as Airbnb stuff goes.”

County Manager Eric Mosley said the Troup County ordinance for that process is “pretty easy to deal with” relative to the process in some other counties, and that counties with more tourism, such as Troup County’s tourism on West Point Lake, find the need to regulate vacation rentals.

A special-use proposal for a property at 542 Rosemont Road faced stiff resistance from neighbors of the property. The planning office had received several calls in opposition before the meeting, and the property’s owner faced several opponents at the meeting who complained about noise and traffic associated with the property.

The parcel has two street addresses over 140 acres, one for the house that is pending approval for vacation rental, and another that contains a barn that is used for events such as weddings. Residents said the event center itself has not been a problem, but the rental house has.

The commission elected not to vote on the matter. Jones proposed postponing the vote because he had received calls from residents who said they would not be able to attend Tuesday morning’s meeting. Commissioners asked the residents to work together and find a resolution among themselves before the next meeting.

The event center has been operating for years and is already legal, though the Airbnb, which has not been approved, has operated for “close to four years,” according to owner Greg Arrington.

“There is an event center that some of the neighbors have cited having issues with, and because of that, there is trepidation about the approval of a short-term vacation rental,” Johnson told commissioners.

Arrington said any noise complaints they’ve had from neighbors were addressed by himself, and said he’s only received one for the rental house. Arrington’s property hosts events about 20-25 weekends a year, and he said there are usually “6-8 middle-aged girls, [age] 24-32 that stay in there [the Airbnb].”

One resident of the area, Tom Coker, provided a petition to the commission that he said had 109 names in opposition to the proposal. He also brought a large map of the area to use during his statement. Coker said he’s heard voices and music through PA systems at late hours, after midnight, and that traffic increases on the weekends. He also said that a neighbor has heard fireworks coming from the property.

Martin Nelson, another resident in the area, moved from Texas to LaGrange about 18 months ago. He estimated he lives about a quarter mile from the house in question, “as the crow flies.”

“My real estate agent was driving me around, the place was perfect — had he said there’s an Airbnb, and there’s a bunch of cabins that are going to be built right here, I would have probably made some different decisions on where to live,” Nelson said.

The cabins mentioned have not been built but were approved with the even center approval and could be constructed legally at any time.

Jeanie Del Vacchio lives nearby with her two adult sons and grandchild. She said she hears screaming, fireworks and bonfires coming from the property. One of her sons works outdoors around town and is woken up in the middle of the night by the noise, she said.

“She’s [her granddaughter] scared to death when she hears all this coming out of the wood line … I don’t want to terrorize her,” Del Vacchio said.

Another neighbor, Greg O’Neal, said he’s heard “numerous parties” at the house and said it sometimes sounds like there are up to 50 people there. He said he’s heard fireworks, screaming, gunshots and “a lot of noise pollution.”

Several neighbors said the driveway leading up to the house was overgrown and unsafe, should emergency vehicles need to access the house.

Arrington said parties were not allowed at the house and that they do not allow guests to shoot fireworks or guns.

Other business addressed at the meeting were:

4A request to approve a home placement at a property on Pyne Road that was unanimously approved.

4A proposal to abandon the county right of way for a portion of Old Hogan Road between Robert Hayes Road and New Franklin Road was unanimously approved. The portion has been abandoned from maintenance, but the right of way had not been abandoned. The owners of the two adjacent properties requested the abandonment, saying the abandoned road was being used for dumping and drug use. The property will be split between the two adjacent property owners.