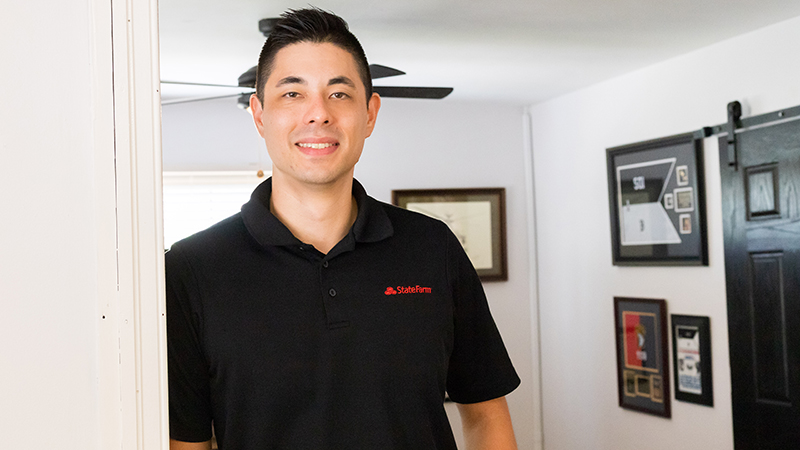 Army veteran Alexander Brown has transitioned to a much different role since moving to LaGrange in 2019.

Brown, who spent eight years in the army and was deployed to Afghanistan for nine months in 2014, is now a State Farm agent. He retired from the army as a captain in 2019 and moved to LaGrange, where he trained to open his own State Farm agency.

Since January, the 32-year-old has been serving the community by selling insurance and giving back in other ways.

“I love being the brightest part of someone’s worst day.  I enjoy helping people understand their auto and homeowner’s policies as well as helping them save as much money as they can while remaining protected from the unexpected,” Brown said. “Talking about life insurance can sometimes be awkward, but it is important for me to talk to the community about it. I am honored to assist our current generation by providing them with life insurance so that their future generations are better off than we were.”

Brown was born down the road in Newnan and his family lived in Peachtree City. He graduated from Kennesaw State University in 2010 with a bachelor’s degree in criminology. He also joined the army after graduating from Kennesaw State’s ROTC program.

His wife of nine years, Jessica, is also a graduate of Kennesaw State. The couple has three children — 7-year-old Noah, 3-year-old Annette, and Emma, who is about to turn one.

During the COVID-19 pandemic, Brown said his agency has done a lot to give back to people on the frontlines.

“We’ve delivered meals to the LaGrange Police Department and to Hometown Family Medicine to support our front line individuals,” he said. “I am currently in the process of donating a new front door for added security to St. Mark’s Preschool’s Little Lions’ Building.”

Brown said his family is happy to be putting down roots in LaGrange.

“My family and I love living in LaGrange,” he said. “From 2010 to 2019, we moved seven times within eight years, and we are excited to have a long lasting impact on the community.”