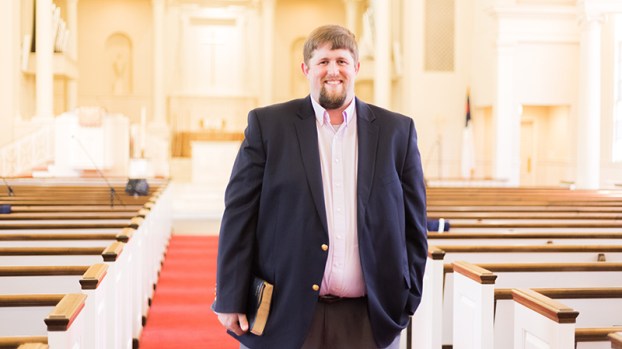 Ben Wills had his own plans, and his own path to follow. Wills was a student at the University of Georgia, and he was a pre-med major who was fully committed to pursuing a career in the medical field.

“I kind of had my plan figured out,” Wills said. “The problem was, it was my plan, and I was real happy with it. I wanted to be a pediatrician, and I still think I would have enjoyed that, but the way I describe it to people, it was a holy discontentment. I didn’t feel like I was doing what I was supposed to be doing.”

Wills began to feel the urge to take his life in a different direction, to make a commitment to God and the ministry, and that calling only grew more powerful as he became involved in a faith-based organization on campus.

“I’d gotten really involved with the USA Wesley foundation, and through there I started to get these nudges, that still small voice and the Holy Spirit,” Wills said. “I really liked my plans, so I said, I don’t know. Over the course of six months that felt like an eternity, God just kept nudging me through every message I heard, every scripture I read, every person I talked to. I started to discern that call to ministry. One night at worship, I just said, OK God, if this is really what you want, then let’s get going, let’s try it out. It was a God thing for sure. One of those things where the doors started opening after I started to head down that path.”

While he was a student at Georgia, Wills served as a youth minister at the First United Methodist Church in Washington, and he remained in that position for two years after graduation.

Wills then attended the Candler School of Theology at Emory University in Atlanta, and after three valuable years at the school, he graduated and was commissioned in the Methodist Church, the final step before ordination.

In the Methodist Church, those in the ministry are assigned to a church, and Wills and his wife, Sammi, headed south to Troup County to become a part of the LaGrange First United Methodist Church family. Wills has been the senior associate minister for a little more than a year.

“I got the honor of being placed in LaGrange, and we really love it,” Wills said. “I love the fact that it’s a small town, and it has that close-knit community, and it has so much to offer in the way of arts and amenities.”

-Story and photos by Daniel Evans

Alyese Cross has been playing the piano since she was three years old, so there’s little doubt why she’s chosen... read more