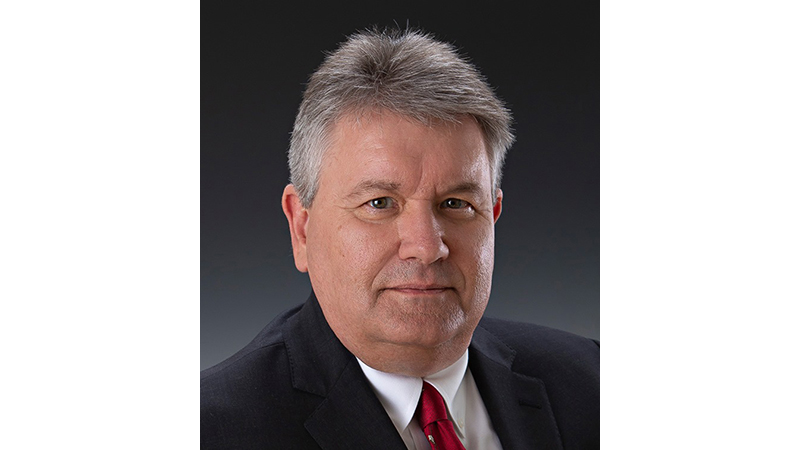 Leonard will take office in January, replacing outgoing Judge Jeanette Little, who has held the seat since 1999. Leonard said his opponents conducted themselves as gentlemen.

“First of all, I would like to commend Kyle Lovejoy and Luther Jones and their families. Their families worked just as hard and sacrificed as much as mine did,” Leonard said.

Leonard will have to wrap up his work at his private practice, Duncan, Thomasson & Leonard, between now and January, as the state court judge seat is a full-time position.
“I look forward to taking over, but I also look forward to being able to seek the guidance and counsel of Judge Little,” Leonard said.

About 2,300 of Tuesday’s voters, or 44%, opted not to vote in-person amid the COVID-19 pandemic, sending mail-in ballots instead. Another 918 voted early in-person, with 1,965 voting in-person on election day.

“Congratulations to Wesley. I’m sure he’ll do a great job, and he ran a great campaign,” Lovejoy said. Lovejoy added that he was “disappointed, but at the same time, if you’re going to lose, lose to somebody who has class like Wesley.”

Leonard won despite taking second place in the first round of voting. Lovejoy received the most votes on June 9 with 35 percent of the vote to Leonard’s 33 percent. LaGrange Assistant City Court Judge Luther Jones had finished third with 32 percent of the vote. The race moved to a runoff between Lovejoy and Leonard as no candidate won a majority of votes.

The margin of votes in the runoff was surprising to Leonard, who called Lovejoy a “formidable opponent.”

“I felt like the margin of victory, if at all, would be very slim,” Leonard said.
Polls closed at 7 p.m., and Leonard took a healthy lead as ballots began to be counted.

Leonard, who received more votes than Lovejoy at every voting precinct, said he was inspired by the politically diverse group of voters who put him into office.

“My campaign attracted people on all ends of the political spectrum, and I’m so proud of that,” Leonard said.

Both men touted their legal experience during the race to make the case that they were the most qualified lawyer for the job.

Lovejoy repeatedly said he had been involved in nearly every State Court criminal case since he became a prosecutor in 2004. Leonard, on the other hand, had more years of legal experience — 30 — and has worked as a defense attorney, handling cases in the Troup County State and Superior Courts.