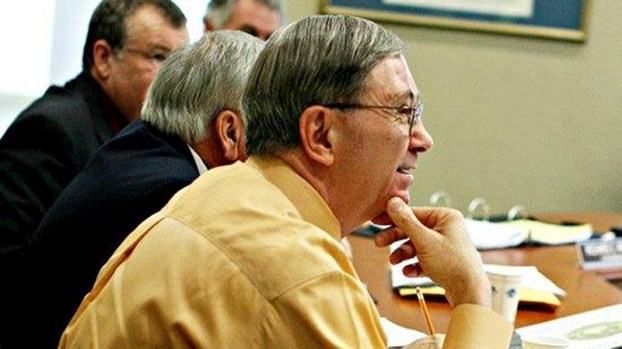 Dobbs served the Troup County community for more than 40 years, ending his career in 2012 as county manager. During his employment with Troup County, he served in various roles.

“We all thought the world of him,” said Troup County Commissioner Lewis Davis. “He was a fine man.”

He joined Troup County staff in 1971 as the county’s first-ever draftsman, where he was in charge of overseeing all mapping. From there, he transitioned into the role of property appraiser in 1974 before advancing to the role of building and zoning administrator in 1978. 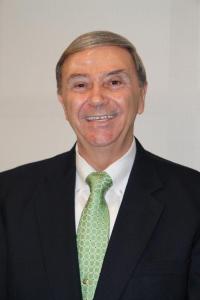 In 1986, Dobbs was promoted as Troup County’s assistant county manager while maintaining the position of building official. For the next two decades, he served as interim county manager several times before being named county manager in 2004.

“There’s not more of a man that made an impact on Troup County than Mark Dobbs,” said County Engineer James Emery.

“Dobbs was assistant county manager when I was hired 16 years ago and then within a year he was promoted to county manager. I was able to work right under him pretty much the entire time until he retired. He was a father figure to me. I feel like he treated the county employees as his family, and a little bit like his children because he just supervised and guided with love.”

“What a legacy he leaves behind,” said First United Methodist Church of LaGrange Pastor Dr. John Beyers. “My question is who stand in his stead and make your life’s mission to build others up not beat them down. I give thanks for this remarkable man who lived for us. My life is richer. I’m a better man. I’m a stronger Methodist preacher because Mike Dobbs loved me and believed.”

According to Troup County, Dobbs oversaw many projects while working for the county. During his tenture, a countywide E-911 system was established; the Troup County Building, Planning and Zoning Department was created and Dobbs assisted in writing the county’s first building codes; and Troup County’s mega-boat ramp at West Point Lake was constructed and set a world record for the largest boat ramp to ever be pushed into place in a body of water.

He also helped with road construction and improvements with bridges, including the construction of Pegasus Parkway. Dobbs made various parks and recreation improvements throughout Troup County, including additions to The Active Life centers; and fire department and equipment improvements to include a LEED-certified fire station were executed.

“He was a tremendous county manager,” said Troup County Commissioner Morris Jones. “A great person. Not only that but a good friend. This county was very fortunate to have a man like Mike Dobbs. I couldn’t say enough about him.” 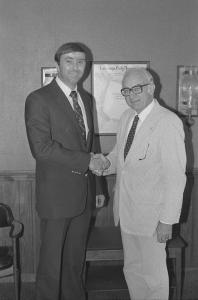